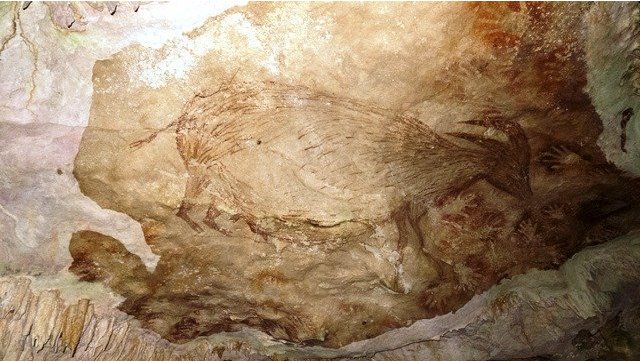 In the mountain caves on the island of Kalimantan in Indonesia found rock carvings, which may be the earliest of all the found object images, according to a report in the journal Nature.

Their age is at least 40 thousand years. They depict animals resembling cows.

In addition, archaeologists found stencilled images of the hands. The examination showed that they were created between 40 and 52 thousand years ago.

The cave also preserved thousands of later drawings by the age of 20 thousand years, which depict human figures.