In Indonesia, the remains of the most ancient fishers on Earth 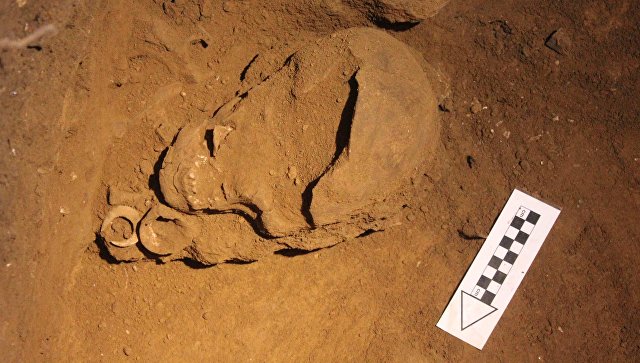 Scientists from Australia discovered on one of the islands of Indonesia the remains of an ancient woman, buried with her fishing hooks and gear about 12 thousand years ago.

“This discovery shows that the inhabitants of the island of Alor connected themselves to the sea in both life and death.These hooks are similar in form to similar devices that were made by residents of Japan, Australia and many other corners of the world.We assume that all these peoples themselves invented such hooks, and did not learn how to make them from neighbors, since this form was the most optimal for catching fish at that time, “said Sue O’Connor of the National University of Australia in Canberra.

O’Connor and her colleagues have been excavating for decades on the Sunda Islands, New Guinea and other shreds of the Earth in the seas of Southeast Asia, where the ancestors of Australian Aborigines and modern peoples of Polynesia and Micronesia lived in the distant past.

In 2011, they managed to make an incredible discovery – they dug in the cave of Jerimalai on the east coast of the island of Timor fragments of the oldest fishing hooks, whose age was about 11 and 23 thousand years, as well as the bones of fish caught with their help.

Unfortunately, as O’Connor recalls, her team could not find the remains of their alleged owners, which made this find less valuable and did not allow for certain to say that people learned fishing art even before the glaciers began to retreat for the last time and the era of glaciation was completed.

Australian archaeologists continued excavations, affecting not only the territory of Timor itself, but also the small islands located near its shores. In June 2014, they were lucky – they opened on the island of Alor, a few kilometers north of Timor, the grave of an ancient woman, who can be called “the oldest fisher of the Earth.”

It was buried there about 12 thousand years ago, which is about twice as large as the age of other people’s graves, where unambiguous evidence of the use of hooks and other fishing gear was found. 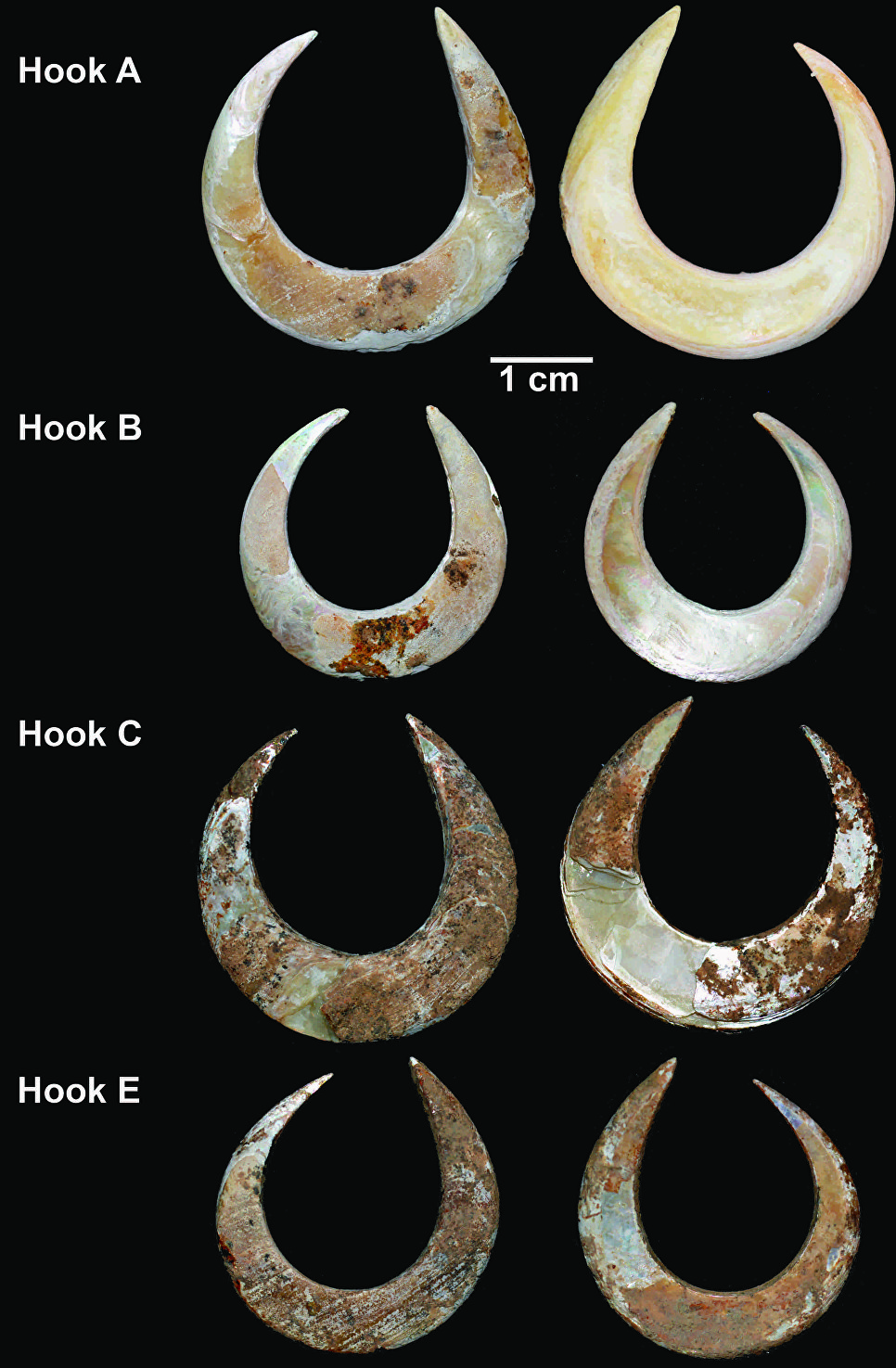 Her remains, as O’Connor tells us, were found in the cave of Throne Bea Lei on the south shore of the island. They were decorated with a whole “garland” of hooks carved by ancient mink shell masters, and not far from the grave of an ancient fisherman, scientists found a whole “cemetery” of the remains of marine fauna, where more than 28 thousand bones of fish, birds, lizards and other animals inhabited under water or ashore.

This fish, apparently, the inhabitant of the cave and her relatives caught with the help of two types of hooks – classic fishing gear, similar in form to the Latin letter J, and so-called rotating hooks, similar in shape to the ripped circle. Such hooks are now popular among amateur anglers, as the fish can not swallow them and they usually cling to their lips or corners of the mouth without damaging the gills and internal organs.

The presence of a whole necklace of hooks in the grave of a woman, as O’Connor notes, speaks at once of several things. First, it indicates that the sea and fish played a huge role in the lives of the ancient inhabitants of Southeast Asia – they most likely deified them and considered part of their afterlife.

Secondly, the mere fact that they were found in the grave of a “fairer sex” representative once again shows that women of the Stone Age participated in the production of food and in other matters on a par with men, as previously anthropologists who were studying traditions of the modern tribes of Micronesia, Polynesia and the islands of Southeast Asia.