In Indonesia, thinking about saving the capital from flooding 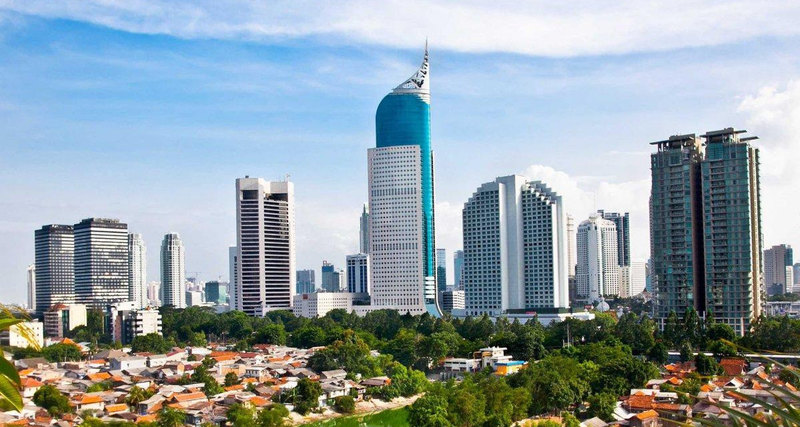 Indonesian President Joko Widodo proposes to build a giant dam around the city. Otherwise, by 2050 about a third of Jakarta could go under water.

According to the Associated Press, the problems of the Indonesian capital were the result of two complementary trends. World ocean levels have been rising in recent years as a result of global warming. This process is proceeding at an increasing rate and opens up rather interesting prospects for us, the quantitative estimates of which we have written several times in recent months (see, for example, here and here).

However, an even more significant factor for Jakarta is the human activity in the city itself. There is still no centralized water supply on most of its territory. Homeowners are forced to solve this problem on their own and the cheapest solution is usually the well. Excessive extraction of groundwater and artesian water at the moment has led to subsidence of land, the level of which in the northern part of the city is reduced by 10 centimeters per year.

According to geologists, in some places the situation is even worse. Heri Andreas from Bandung Indonesia Institute of Technology says that in some areas of northern Jakarta, the land is already 2-4 meters below sea level and sinks 20 centimeters a year. If the lowering of the soil will continue at the same pace, then by 2050, 95% of the northern part of Jakarta, one third of the entire area of ​​the city, will go under water.

New buildings also make a contribution, for which, as in any metropolis, is characterized by high altitude, with a relatively small area of ​​the base. This means that their pressure on the ground is large enough to become a significant factor.

Currently, 10 million people live in Jakarta and the number of citizens continues to grow. A serious problem of the city are periodic floods. At the last of them, in 2007, 70% of the city’s area was flooded, in some places the depth reached four meters. Then at least 85 people died, and 350 thousand were forced to leave their homes for a long time.