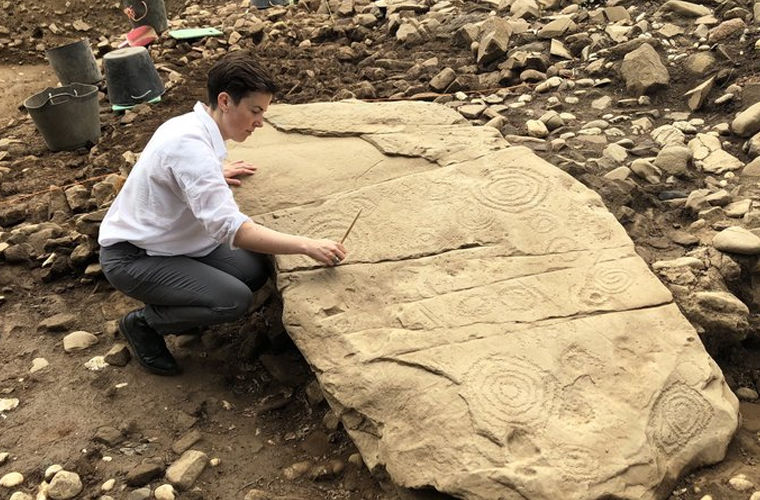 The tomb was found in the archaeological complex of Brune-on-Boyne in Ireland, it consists of two burial chambers and six stones around the perimeter. One of the stones is decorated with elaborate carvings, similar to which archaeologists have not seen before. The find was made as part of a long-term project to study archaeological sites under the auspices of the Devenish agricultural company and the Institute of Archeology of the University of Dublin.

During these studies, archaeologists have already found several neolithic tombs, ritual henge, fencing of the Bronze Age and settlements of the early Middle Ages. Earlier in Ireland, a 16th-century fort was found in the era of the Nine Years War between the Irish and the English Crown.