In Ireland, found the gold of the Bronze Age 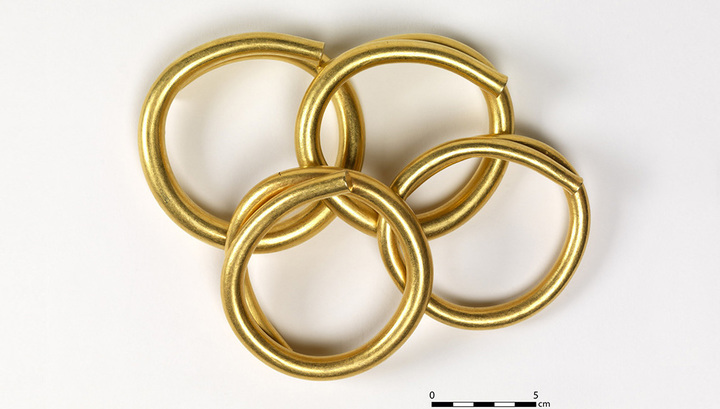 From England so often there are reports of randomly found treasures and ancient gold artifacts, that there is a feeling that archaeological treasures are simply lying under your feet in the British Isles – you just have to dig, go for a sandwich or look under the bed.

However, in Ireland everything is different: such findings become a national sensation. Paradoxically, it is due to an extreme rarity. Such a discovery was made at the end of June by a farmer Norman Vizerow, who was digging a drainage ditch somewhere in the county of Donegal (for obvious reasons, the exact location was not disclosed). The man came across strange objects of yellow metal, like big rings. They lay under a stone at a depth of about 60 cm.

“I myself did not understand what it is. These pieces were clothed with clay, as you will guess, gold it or, say, copper. At the time of the discovery, I certainly had no idea about their value, for some time they just lay on the back of my car, “- openly admitted to Vizerou in an interview with BBC News.

However, just in case, Vizerow showed strange contraptions to his familiar jeweler, and he urged him to report the find to the competent authorities, in this case to the museum of Donegal county.

After inspecting artifacts, the museum workers lost their speech – not forgetting, however, to inform the press about the unique discovery. “In our county, such findings happen once in a generation, so we are just happy,” said Carolina Carr, assistant curator at the Donegal Museum. 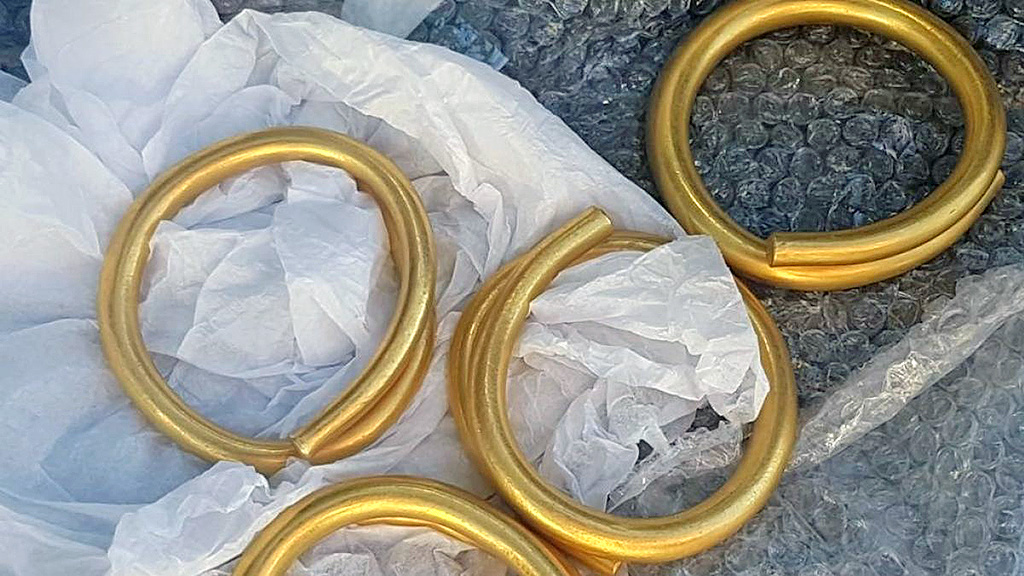 The four rings are almost identical in shape and size and are made of pure, full-bodied gold. The diameter of the rings is large enough, about 10 cm, so you can put them on your hand, however, according to Carr, these artifacts were not used as bracelets. Perhaps they served as something like monetary units, the equivalent of coins.

For the sake of this discovery, Davevel from Dublin was visited by Maeve Sikora, curator of the Irish Antiquities Department at the National Museum of Ireland. She took part in the survey of the site of the find and took artifacts to Dublin for a comprehensive study.

A preliminary verdict of specialists from the National Museum – gold rings were made in the Bronze Age (2500-500 BC) or earlier. In the museum collection, according to Sikora, there are similar artifacts, but the exact dating of the rings from Donegal will be occupied by other specialists: laboratory studies will determine how long the gold lay in the ground.

Maeve Sikora confirmed that the massive “bracelets” were neither bracelets nor any other decoration. The ring-shaped shape probably had a utilitarian significance – it was easier to store and carry with them: “Perhaps they were really worn on the arm for convenience – like a portable treasure chest, a mobile gold stock.”

The golden treasures of the Bronze Age in Ireland, oddly enough, come across very rarely, “once in a generation” – the last such finding was made in 1990, the so-called “treasure from Ballineskar.” In 2009, all Irish publications reported the found gold of the Bronze Age, but technically it was about a treasure of 1947 – stolen, lost for decades and again found (in the garbage where ancient gold artifacts were thrown out of ignorance). 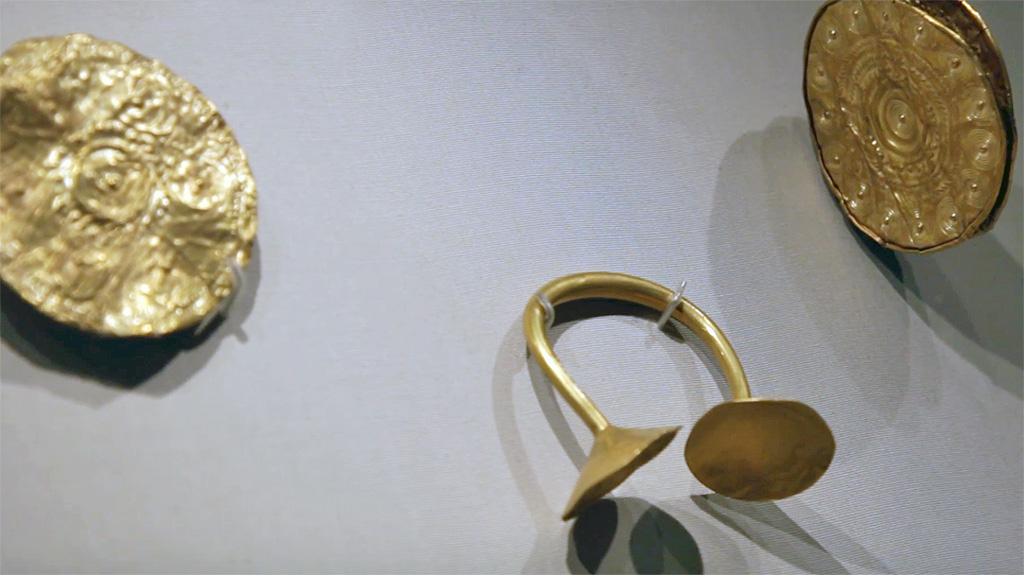 Several items from the 1990 “Balleskoker Treasure”. A shot from the video Crystal Ball Warhol / Youtube

The paradox is that in ancient times Ireland (and now – the Irish museums) was literally pounding with gold: it was mined here in huge quantities – probably, they washed golden sand in local rivers. Many gold artifacts, now stored in museums, were discovered during excavations. But the accidentally found ancient treasures can be counted on the fingers: in Ireland the treasures of the Bronze Age are known only eight for almost 200 years, from the first find in 1825.

According to Maeve Sikora, this is one of the features of the “treasure from Donegal”: modern specialists for the first time in many years had the opportunity to study the full archaeological context of the find, and do this with the use of new methods and technologies, unimaginable 30 years ago.

“Each find can tell experts something new about this or that period of history. Therefore, not only artifacts are important for us, but the entire context associated with them. So we can understand under what circumstances these valuable items are in the ground, “says Sikora.

The preliminary version is as follows: in the Bronze and Iron Age, a specific practice of ritual offerings was very common: metal objects were left in “wet” places, such as rivers, lakes and swamps. The evidence of this ritual so often came across to archaeologists in England and Ireland that it is possible to derive a clear chronology from the found objects: in the middle of the Bronze Age, weapons and tools (daggers, axes) were “buried” in the water-more precisely, in rivers. In the Late Bronze Age, offerings became larger – in wet areas left piles of metal weapons, personal jewelry and even musical instruments. In the Iron Age, among the “wet” offerings dominated by swords, spearheads, jewelry, bronze cauldrons and horse harness.

Thus, the place of the find in Donagol – wet terrain, where it was necessary to dig a drainage ditch – is suitable for certain historical conditions. Gold “bracelets” of the Bronze Age may well be a generous ritual offering to the ancient gods.

Employees of the museum of the county of Donagol sincerely hope that valuable items will return to them after the completion of laboratory research in Dublin. However, Maeve Sikora has already hinted in interviews with different publications that the gold “bracelets” are of high historical value and will be exhibited at the National Museum of Ireland. On a temporary or permanent basis, it is still unknown.