In Israel, created a drone carrying a military weapon 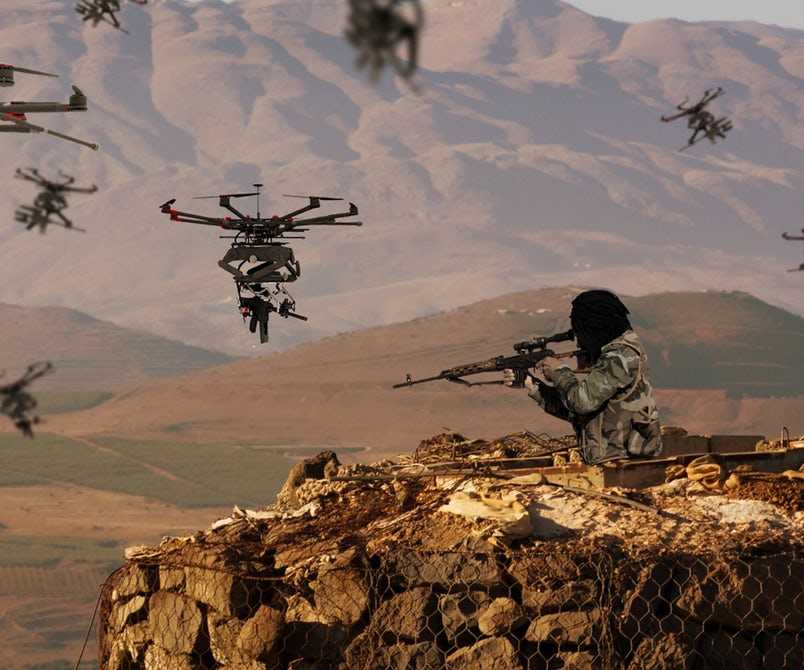 Created by veterans of the special forces of the IDF, the company has completed the development of a drone capable of carrying rifles, machine guns, submachine guns and grenade launchers and shooting them.

In 2015, an 18-year-old engineering student at the University of Central Connecticut, Austin Howt, fitted a self-loading pistol to the multi-copter and shot a video on which the drone flew and fired. No laws Hout violated, but his invention seriously interested in the US Federal Aviation Administration: a flying gun seemed to officials not the best idea. But even then it was clear: the idea to arm drones is in the air, and sooner or later commercial projects of such toys will appear.

In 2018, the Duke Robotics start-up, headquartered in Florida, brought Hough’s idea to a new level: it now looks like a powerful TIKAD multi-copter, carrying any small arms, from a semi-automatic rifle to a grenade launcher. Founder of Duke Robotics Raziel Atuar, former commander of the special forces of the IDF, believes that armed drones can reduce the number of casualties among civilians and military personnel in counterterrorism operations.

The first version of TIKAD appeared three years ago, and it was immediately used by the IDF. Then the Israeli military struck the target with a sniper rifle mounted on the dune of Duke Robotics. The operation was successful, but Atuar and his colleagues were dissatisfied with the product: with a 13-kilogram battery rifle, only five minutes of flight was enough. The Israeli military also wanted the shooting drone to fly longer. Now the drone has finalized, strengthened the system of stabilization and absorption of recoil. The shot pulse is absorbed by the system with a flexible suspension, and the gyrostabilizer allows the drone to quickly return to its initial position.

In an interview with Defense One, Atuar said that the latest version of the drone is capable of carrying weapons up to 10 kg; it could be an M4 machine, a SR-25 sniper rifle or a 40 mm automatic grenade launcher. Operated by TIKAD from the tablet; operator and controls the movement, and gives the command to shoot. The operator is aiming with a drones camera.

Defense One reports that the Israeli army has already signed a contract with Duke Robotics for the first batch of TIKAD; the size of the party was not disclosed. The startup is also negotiating with the US military.