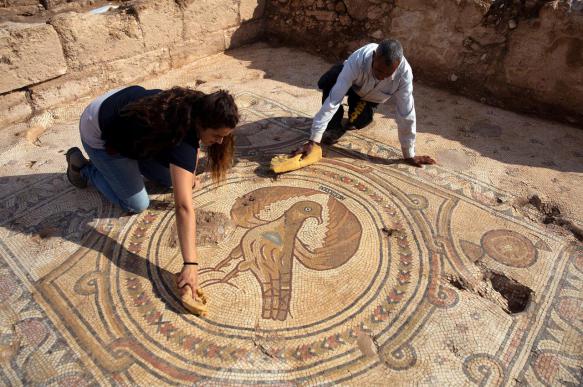 According to the message, the church was discovered near the city of Beit Shemesh in the Jerusalem district. The basilica covers an area of ​​1.5 dunums (1.5 thousand “squares”). Presumably, its construction began in the VI century under the Byzantine emperor Justinian.

Inside the church is richly decorated with frescoes and mosaics depicting leaves, fruits, birds and geometric elements.

Later, during the reign of Emperor Tiberius II Constantine, a chapel was added to the basilica, the inscription inside which speaks of the dedication to the “glorious martyr.”

“The identity of the martyr is unknown, but the exceptional wealth of the buildings indicates that this man was an important figure,” said the head of the excavation, Benjamin Storchan. Archaeologists believe that the relics of a martyr could be in the crypt of the chapel.