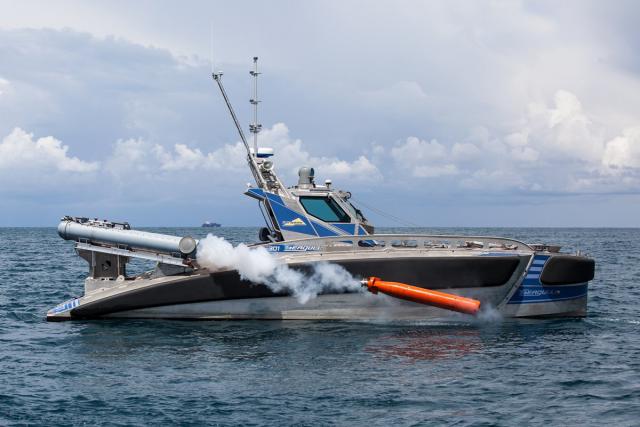 Israeli company Elbit Systems for the first time conducted a successful launch of the unmanned anti-submarine torpedo boat Seagull. The torpedo was released in the port area of Haifa. The test confirmed that Seagull can not only find mines and submarines of the enemy, but to destroy them.

Unmanned boat can be controlled from the ship or from the shore. It is reported that Seagull will be equipped with two small torpedoes. Due to the large amount of fuel the boat can carry out patrols for several days.