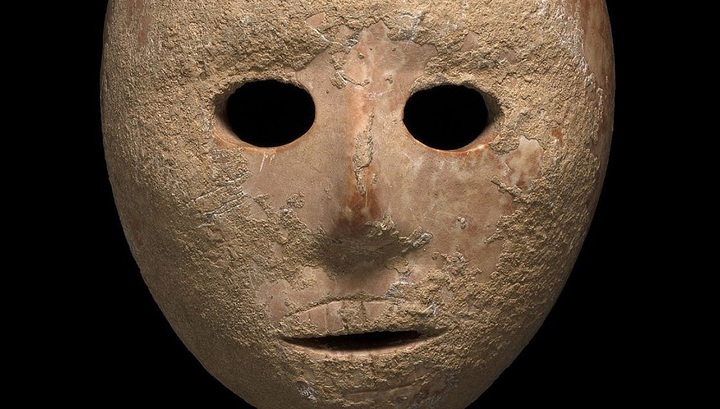 A rare stone mask created 9,000 years ago was not found by archaeologists. In early 2018, Israeli detectives from archeology learned about a unique discovery – specialists from the Anti-Pillage Prevention Unit at the Israel Antiquities Authority. The mask was voluntarily-forcibly “handed over to the authorities”, and an investigation related to it led forensic scientists and archaeologists to the original place of discovery: a field near Maale Hever (Pnei Hever), a settlement in the south of the Hebron Highlands.

“This mask in itself is a unique archaeological discovery. However, it is no less striking that we now know the specific place where it was found. Thanks to this most important feature, the artifact from Pnei Hever surpasses all other masks of that period known to us, ”says Ronit Lupu, archaeologist at the Israeli Antiquities Authority.

The Times of Israel publication, citing a press release from the Office of Antiquities, explains that there are only 15 “known masks of that period” in the world, and only two of them have proven origin – in other words, archaeologists know where these artifacts were found and can relatively confidently place them in historical and local context. The remaining 13 masks are in private collections around the world, which makes studying them very difficult.

In late November, scientists shared the first results of the study of the mask from Pney Hever. Pink sandstone artifact belongs to the key period in the history of mankind – in science it is known under the boring name “pre-ceramic Neolithic B”, but there is a more poetic definition: the Neolithic revolution.

It was a time of deep transformation of humanity. Nomadic hunters and gatherers gradually appreciated the benefits of sedentary life, agriculture based on agriculture and animal husbandry was born, the first domesticated plants and animals appeared, the first settlements, later the first cities and, predictably, the first states.

“Stone masks are associated with the Neolithic revolution. This transition was accompanied by changes in the social structure and a sharp increase in ritual and religious activity. Ritual artifacts from that period include anthropomorphic figurines, decorated human skulls and stone masks, ”says Omri Barzilai, head of the research department of the Office of Antiquities. 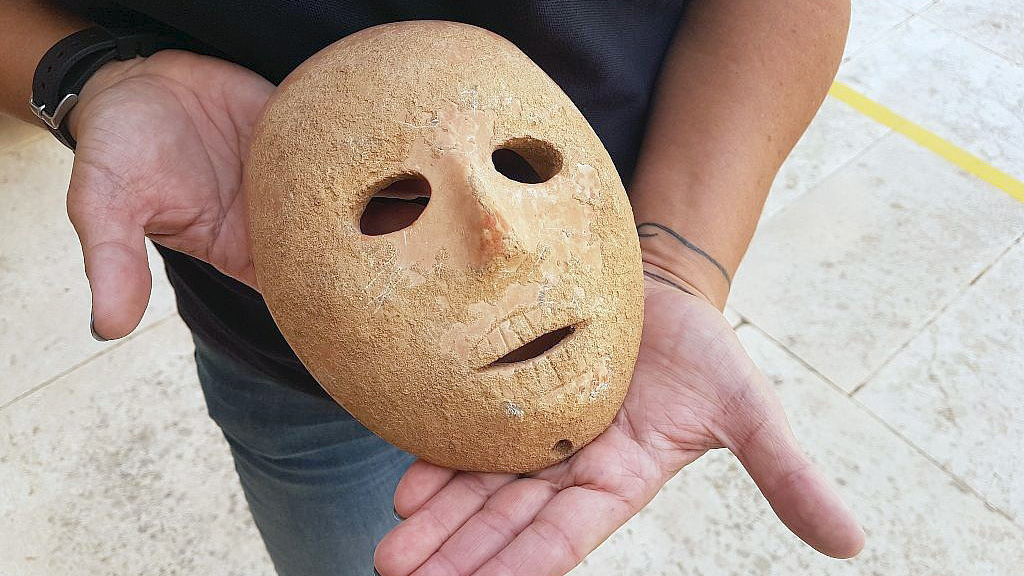 Changing lifestyle could not affect the belief system. The cult of ancestors that existed since time immemorial, also received a new development – this explains why the human face and body became the central motive in the art of that era. According to Ronit Lupu, a stone mask was used in rituals related to the worship of the dead.

“The mask was part of such rituals and participated in maintaining the memory of the family, preserving the heritage, as was customary at that time. For example, archaeologists find skulls buried under the floor of Neolithic dwellings, or skulls with traces of careful processing – they were covered with plaster, attached features of the living, and even inserted shells into empty eye sockets. Stone masks, such as the mask from Pnei Hever, not only imitate a living face, but also have a suitable size for a face, so scientists tend to associate such masks with an ancestral cult, ”says Lupu. 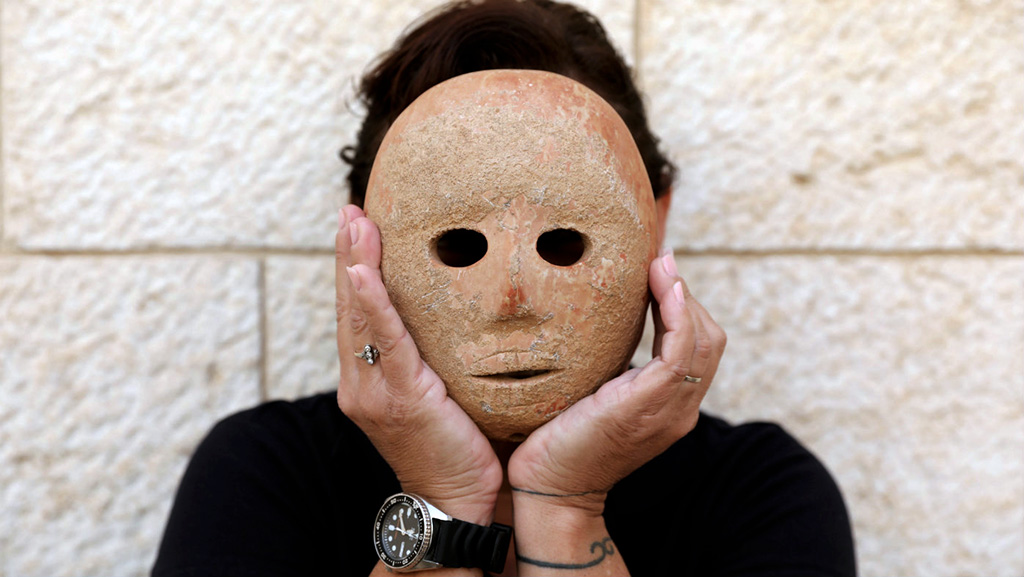 The shade of sandstone resembles the color of human skin. Four holes at the edges of the mask indicate that it was either worn on the face, or attached to another object. The quality of the work of the ancient masters is of particular respect: according to archaeologists, making a mask and grinding to a perfectly smooth surface is a very laborious process that required the highest level of mastery of stone tools. 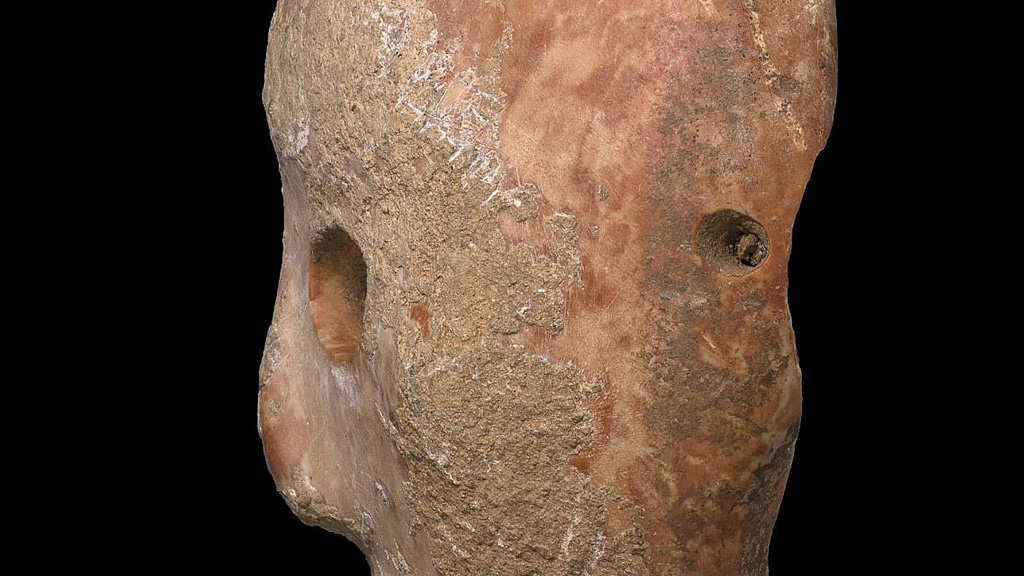 Mask in profile. The polished areas and the side mounting hole are visible. Photo: AAR

Describing an ancient artifact with a human face, Ronit Lupu can not help but sincere admiration: “It’s amazing that we found such a skillfully made stone mask. The sandstone surface was completely polished, the features of the “face” are perfect and symmetrical, even the cheekbones are emphasized! This mask has a wonderful nose, and there are teeth in the mouth area. ”

Scientists are also aware of other pre-ceramic Neolithic masks found in the southern part of the Hebron Highlands. The mask from Pnei Hever supported the dominant hypothesis that in ancient times this area was the center of the “production” of such masks and related rituals – perhaps this explains the highest quality of the stone artifact.