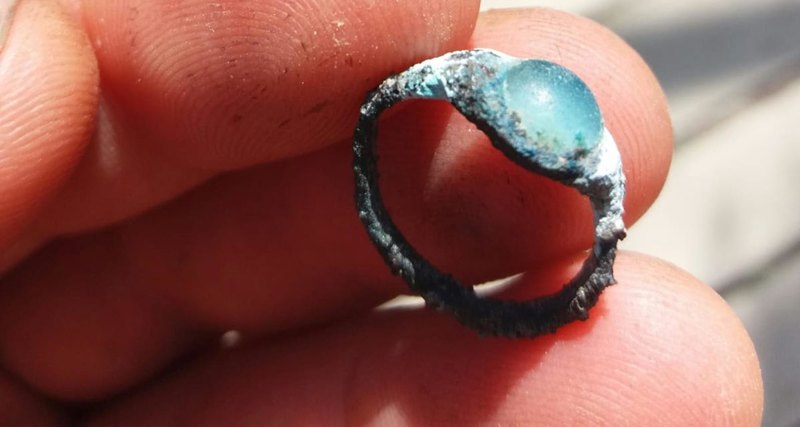 In Jerusalem, during excavations in the City of David’s National Park, archaeologists discovered the female ring of the Second Temple era.

An ancient ring with a gem was discovered by archaeologists of the Israel Antiquities Authority during excavations in the City of David National Park. Experts explained this by the fact that, as in the present time, in ancient times, women, apparently, also removed rings and jewelry before bathing. And they also sometimes forgot them.

According to one of the participants of the expedition of the archeologist Ari Levi, the woman took off the expensive ring before plunging into the ritual bath on the pilgrim road to Jerusalem. Obviously, then she went on, forgetting or losing him. It happened about two thousand years ago.

The ring, along with other artifacts discovered in the course of exploration, allows scientists to link the history of one person with the life and habits of other people, as well as shed light on the historical and cultural characteristics of society during the Second Temple (516 BC – 70 AD). The ritual bath was found along the old rammed road leading from the Shiloah basin to the Temple Mount. According to historians, it was the main road along which Jewish pilgrims went to the temple.