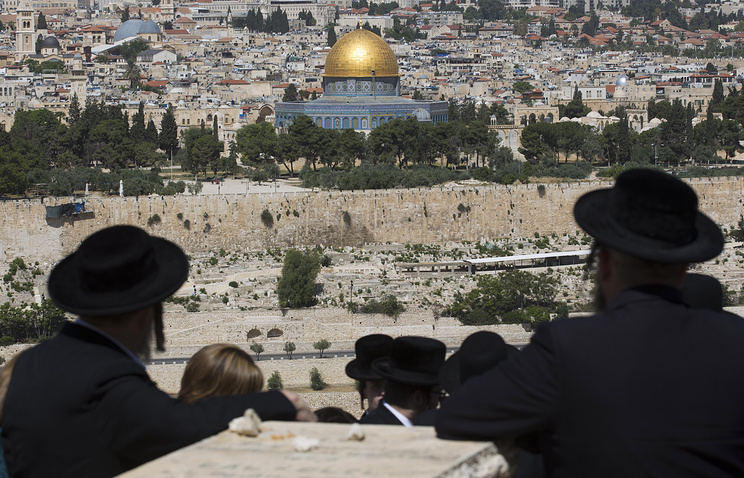 The most ancient manuscript with mentioning of the name of the city of Jerusalem in Hebrew out of texts of the Bible is found in Israel. As the The Jerusalem Post newspaper reported, it is about the papyrus of the period of the First Temple (the 7th century BC) which was withdrawn by division of Management of antiquities of the Jewish state on prevention of thefts of objects of historical and cultural heritage.

The document was illegally extracted by “black archeologists” in one of caves in the territory of the Judaic desert who then were intercepted by the staff of management.

On the papyrus two lines of a certain message from depths of centuries which were as a first approximation read by specialists as the accompanying document for the wine batch in jugs sent to a table of the Judaic tsar in Jerusalem remained: “From the imperial servant from Naarta jugs with wine to Jerusalem”.

The deputy manager of management Eytan Klein told: “This document represents exclusively rare certificate of availability of the adjusted management in Judah. He emphasizes a provision of Jerusalem as center of economic life of a kingdom in the second half of the 7th century BC. According to the Bible, during that time there tsars Manasseh, Amon and Joses consistently ruled. Unfortunately, we won’t be able precisely to tell who exactly of them was a receiver of a batch of wine”.

According to the famous researcher of the Bible professor Shmuel Akhituva, “in Israel any written instrument on the papyrus of times of the First Temple except for a find wasn’t found (in caves) drive Murabbaat (near the Dead Sea)”.