In Italy, found an ancient object, which “hunted” for 100 years 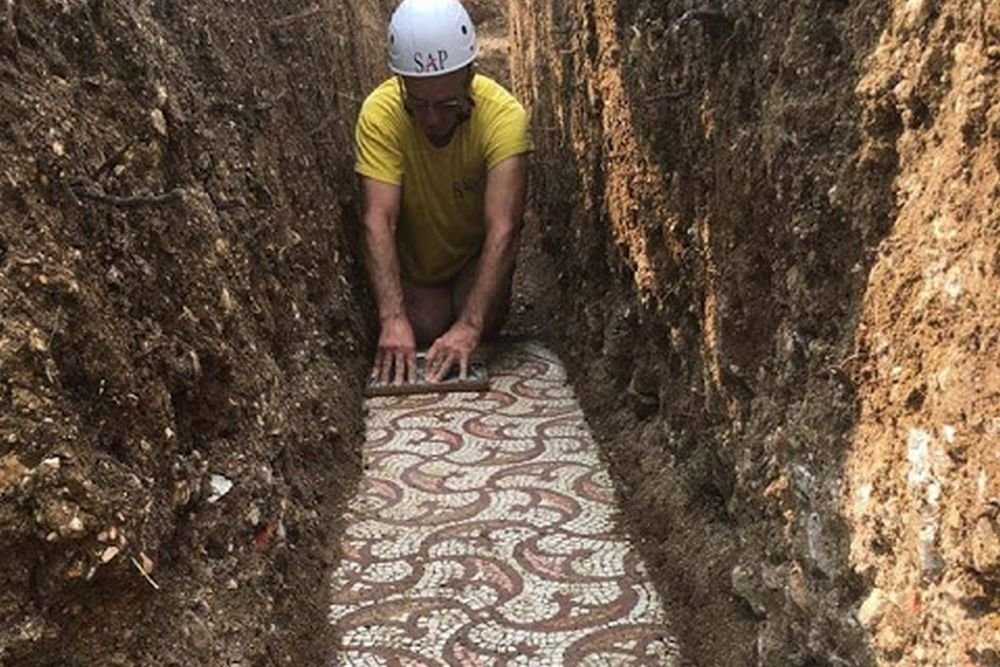 In Italy, employees of the General Directorate of Archeology, Fine Art and Landscape of the City of Verona unearthed a magnificent mosaic of an ancient Roman villa, which has been hidden under a vineyard for the last century.

According to L’Arena, this villa dates from the 3rd century AD. It was discovered in the 1920s in the town of Negrar di Valpolicella, a suburb of Verona. However, only now archaeologists have the opportunity to explore it.

The fact is that a vineyard is broken at this place. Since the summer of 2019, its owners have been considering whether to give permission for excavations. Work began in October, when permission was nevertheless obtained, but in February they were suspended due to the pandemic of a new coronavirus infection.

Archaeologists resumed work only in May of this year. For research, the owners of the vineyard gave them small strips of land between the rows of vines, but this was enough to make an important find.

Deep below the surface, a team led by archaeologist Gianni de Zuckato discovered a beautifully preserved luxurious multi-colored mosaic with geometric patterns that adorned the floors in a Roman villa. According to him, a part of the foundation was also discovered. All this together will allow you to determine the layout and exact dimensions of the ancient building.

Roberto Grison, Mayor of Negrar di Valpolicella, said he was very excited about the reopening of this villa, because it happened a century later. The first and only excavations so far in this place were carried out in the distant 1922.

Then the researchers took photographs and documented their findings. However, for some reason they did not indicate the exact location of the villa and did not give specific pointers by which their followers could orient themselves.

It so happened that the villa, but not thoroughly studied, was immediately forgotten and lost again. Only last summer, archaeologists managed to “go on its trail.” Scientists believe that they may have managed to find the south side of the large portico with columns, which overlooked the inner garden.