In Italy, found the grave of a “child-vampire” 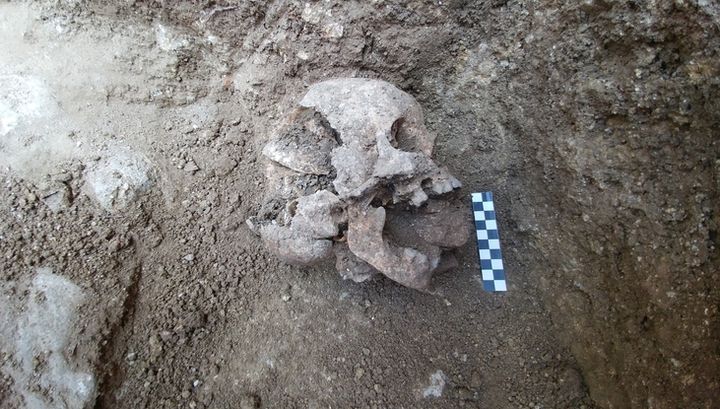 During excavations in southern Italy, a group of archaeologists discovered the grave of a “vampire child.” According to the website of the University of Arizona, the Italian-American expedition, which conducted excavations in the Umbria region, found the remains of a child with a stone in his mouth in an ancient children’s cemetery in Lunyano-in-Teverina. According to archaeologists and anthropologists, this ritual was considered “protection from vampires.”

Presumably, a 10-11-year-old child, whose sex has not yet been determined, died of malaria no later than the V century of our era. The people who inhabited the area at that time believed that the stone in the mouth of the corpse “would not allow the dead to rise from the grave and infect the living.”

Archaeologists have called the find “a vampire from Lunyano,” and the children’s cemetery itself is considered unique. Previously, there were already found unusual burials of children: with animals, with dishes filled with ashes, with stones tied to hands and feet. “It’s creepy and weird,” archeologists say about the discovery.

Judging by the remains of the children buried here, most of them died from malaria. The new find, archaeologists believe, will allow scientists to learn more not only about the serious malaria epidemic that Umbria faced about 1,500 years ago, but also about how the local population tried to fight the disease.

Vampire burials have already been found in Europe. So, in 2009, in Venice, remains of an 16th century dating from an old woman, also known as the “vampire of Venice,” also buried with a stone in her mouth, were discovered. In 2017, in English, Northamptonshire, archaeologists discovered the remains of a man buried face down, dating from the 3rd-4th centuries. The tongue of the deceased was torn out and replaced by a stone.