In Italy, they found the skeleton of a medieval man with a knife instead of a hand 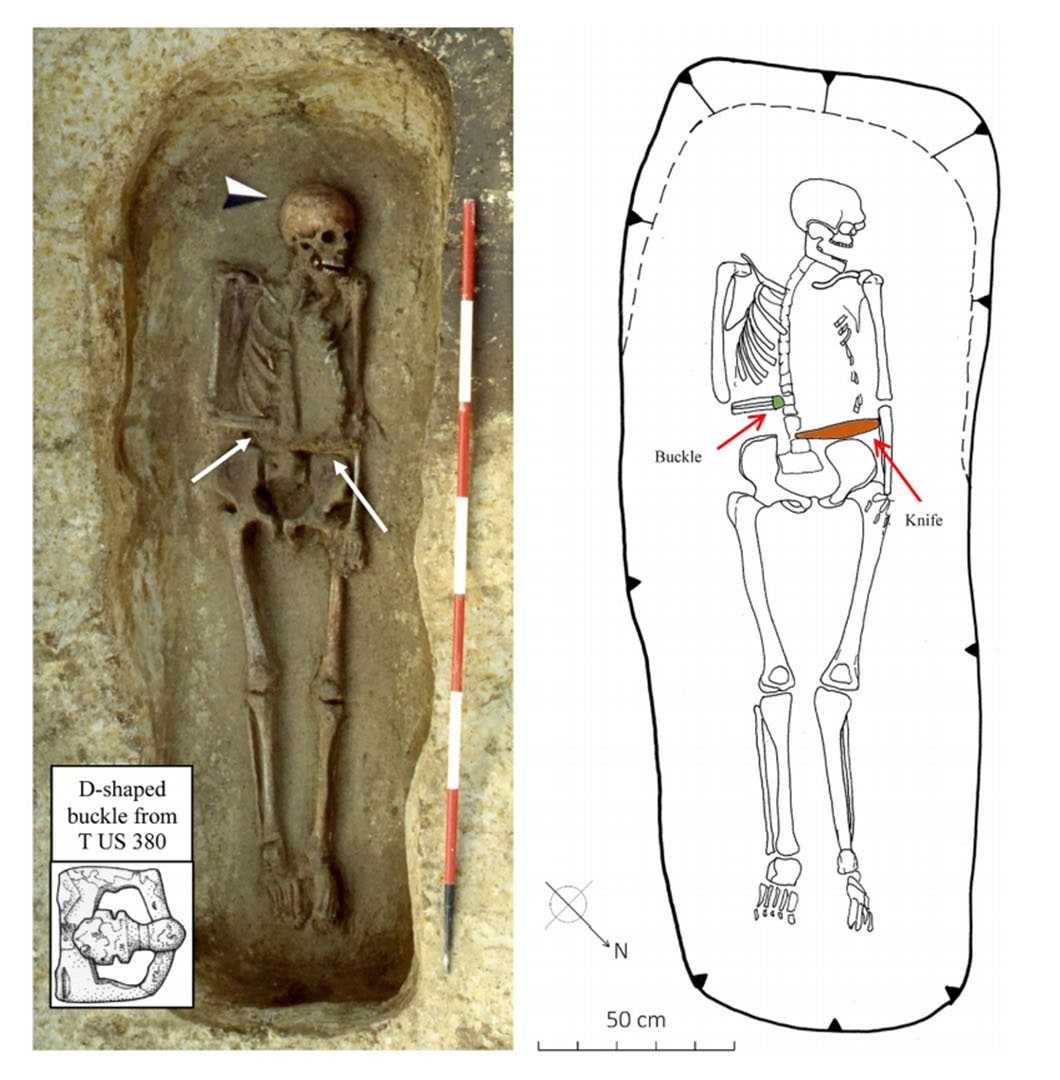 During the archaeological excavations in the north of Italy, scientists discovered the skeleton of a man who lay in a grave in an unusual pose. Unlike all the skeletons found, he bent his right arm at the elbow, and at the end, instead of a brush, lay a knife.

Archaeologists refer the find to the VI-VIII centuries of our era. At the site of the excavations that took place in Lombardy, the researchers found hundreds of skeletons, including horse bones and greyhounds. But among the remains of people the most interesting was the skeleton, whose right hand ended with a knife.

According to experts, at the time of death, this person was between 40 and 50 years old. His right arm was amputated during life at the level of the forearm. Why it happened, it’s hard to say. A participant in the excavations of Ilyana Micarelli from the University of Rome, La Sapienza, made several suggestions:

“Perhaps the limb was amputated for medical reasons or the man broke it during the fall. But considering what kind of moods went then in Longobardi, you could lose your hand in a fight. ” 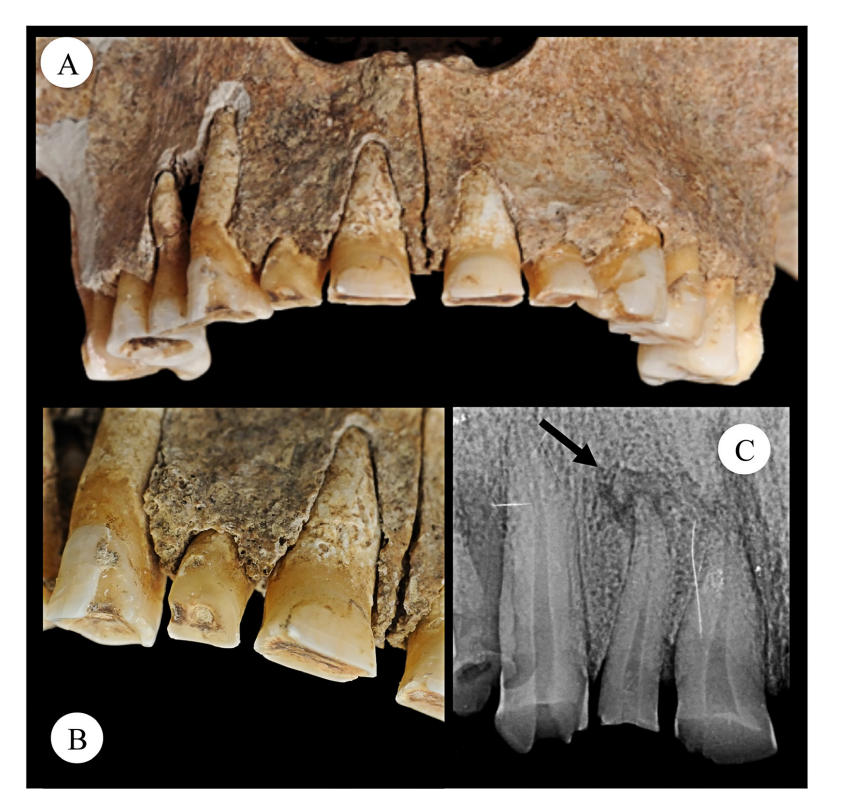 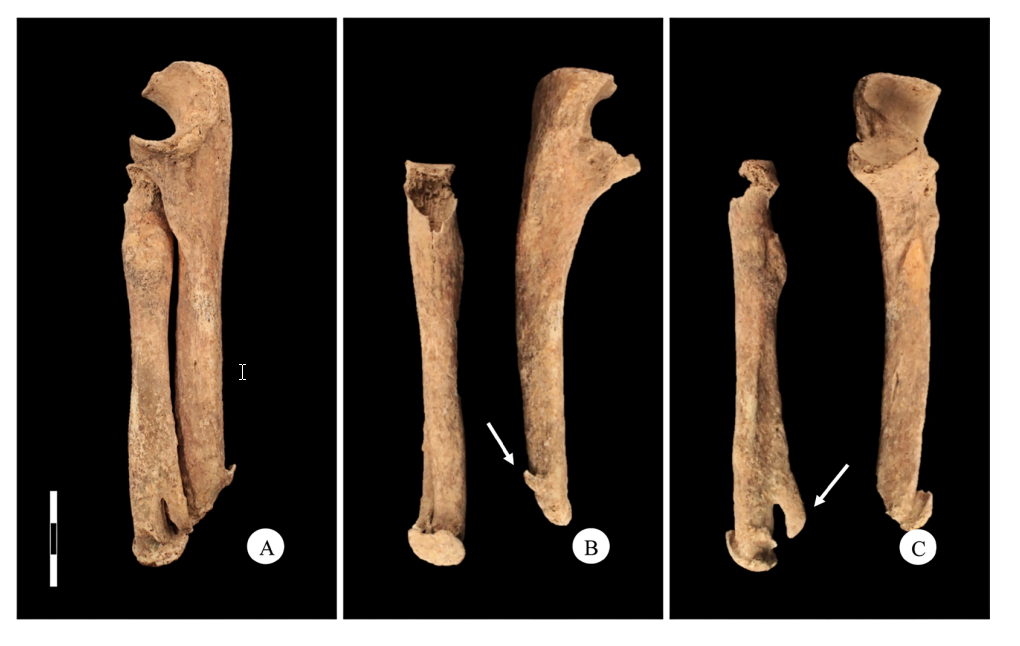 Bones of the right forearm / Journal of Anthropological Sciences

Further analysis showed that the forearm bones deformed with time due to the implanted prosthesis. In addition, the ulnar bone, apparently damaged in prosthetics, underwent a change, which took place with obvious effort. The shoulder, on which the C-shaped arch appeared, also deformed, because the man kept his hand in an unnatural position when he brought the knife to his teeth. Why he did it is not clear. Probably, he tightened the straps fixing the prosthesis, and maybe cleaned the pieces of food in his mouth. Somehow, archaeologists have noticed that his teeth are worn out and severely damaged. It is possible that, picking himself with a knife, he brought into the open wound a bacterial infection. Nevertheless, judging by the bony markings, a person lived with a prosthesis for a long time. Scientists noted that life with such an adaptation in an era without antibiotics is a miracle.