In Japan, 2.4 million people lose their jobs because of the robots 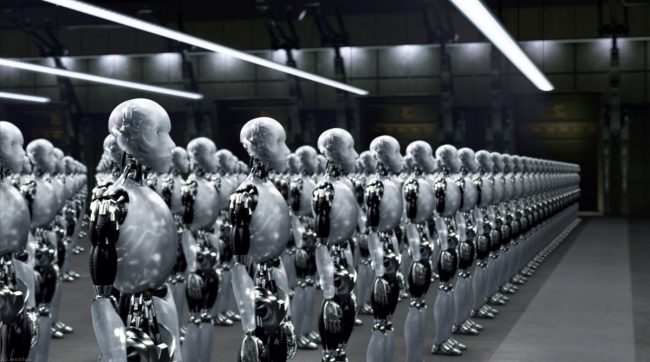 The Japanese love robots and everything connected with them. And this is reflected not only in their culture (remember even numerous anime series like Gundam and Neon Genesis Evangelion), but also in everyday life. Many Japanese buy a toy in the form of robots or robots for various domestic purposes. What can we say about the future of sexy robots in this country? But it seems that the love for the robots in the end will play with the Japanese cruel joke, because if you believe the results of recent studies, by 2030, robots will deprive the people of the Country of the rising sun 2.4 million jobs.

The study, which was published yesterday, was carried out by specialists of the Institute of Mitsubishi. In the report black and white written that in less than 15 years, the number of jobs in Japan will be reduced by almost two and a half million. And this is connected primarily with the fact that slowly but surely robots displace workers from production processes. The authors of the report put particular emphasis that we are not talking about the stupid manipulators, namely robots with advanced artificial intelligence.

“Active development in the field of artificial intelligence can have a serious impact on the existing manufacturing sector. This, in turn, will lead to job losses, so today we must think about the establishment of a state program of support to ensure a small but steady income to the people who lost their jobs because of the robots,” says one of the study’s authors Satoshi Shirato.

In the first place, according to the report, robotics engulf industrial enterprises and sphere of services and trade. Part of the dismissed people, of course, will find themselves in other areas, but the remaining Japanese will be left with nothing. We remind you that in the land of the rising sun, as a rule, if you get a job, you work for it your whole life. The cases of change of employer on their own are extremely rare. However, many residents of Japan can already feel coming trend, and by 2030 the number of experts on artificial intelligence and robotics will increase to 5 million people. These people probably will not remain without work.