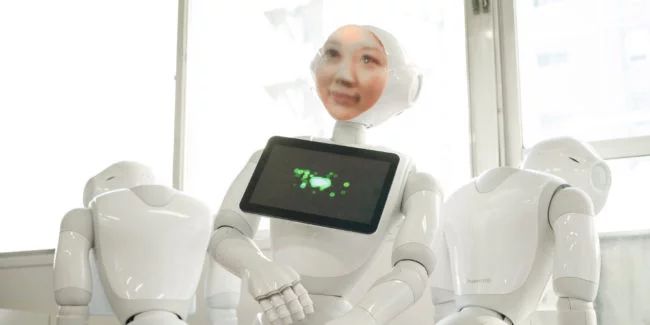 In one of the episodes of the TV series “Black Mirror”, a story was told about how a young girl, worrying about a dead young man, ordered his “copy” based on artificial intelligence technologies. Repeatedly, the “Black Mirror” became a prophetic series and something similar happened even now: in Japan there are robots that imitate the voice and behavior of a deceased person. These robots even make masks for the faces of dead people.

Immediately it is worth noting that residents of the country of the rising sun can only use such robots for 49 days. Such a number of days is a period of mourning after the funeral of a relative. And the developers believe that in this way it will be easier for a person to survive a loss.

In this case, the creation of such a robot is better to think in advance. A person needs to meet with a number of specialists who will find out the personality traits, record the speech and gestures, and scan the face for subsequent printing on a 3D printer. On the basis of the data obtained, a program is created which, after death, is installed in the robot together with the face. The robot imitates the personality, movements of hands, heads, speech and all other data received from the deceased.

Responsible for the development of Etsuko Itihara and her company Digital Shaman. Ichihara says she came up with the concept of such a robot after the death of her grandmother.

“I remember a few things from the funeral. The makeup was applied on the face of my late grandmother. We put flowers in her coffin. After she was cremated, our family dispelled her ashes. It was a shocking ritual. ”

Then Itihara felt that after death the person who left was very quickly becoming “distant.” So she came to the idea of ​​creating a robot. After someone dies, the family can spend 49 days with the car until they can accept the death of their loved one.

“I think this is like leaving a will. Users can record any message they want. It seems to me that this will seriously help those who cannot move on after the tragic event. ”