In Japan, created a robot with living muscles 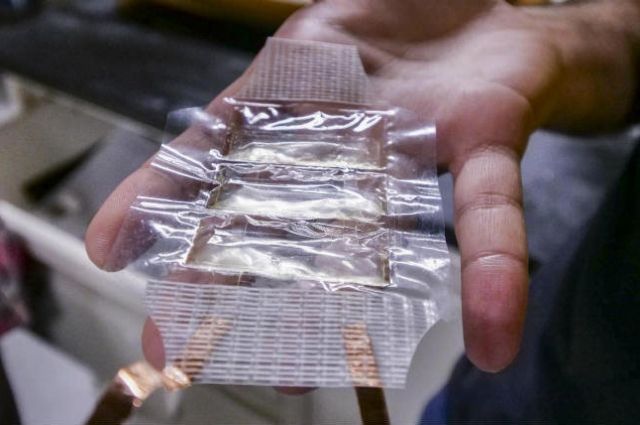 Researchers from the University of Tokyo have created a bio-hybrid robot, created on the basis of live rat muscle tissue and a frame made of metal and plastic. The device simulates the movement of the human finger, it is able to move small objects, bending in the joint, according to a study published in the journal Science Robotics.

The muscles of the robot shrink when an electric current is applied to them. To the artificial finger moved the same way as the human, the engineers reproduced the work of paired muscles – agonists and antagonists. When one of the muscles entering the pair contracts, the other relaxes.

The material for the muscles of the robot was thin hydrogel plates coated with rat myoblasts – young muscle cells, from which subsequently develops striated muscle tissue.

The joint of the new robot can bend almost 90 degrees, this allows you to perform relatively complex tasks. Now the robot is able to lift items and move them.

Nevertheless, living tissue has certain limitations: for example, the device can only work in water, because with constant movement, the muscle wears out quickly. Now the lifespan of the artificial muscle is not more than a week.