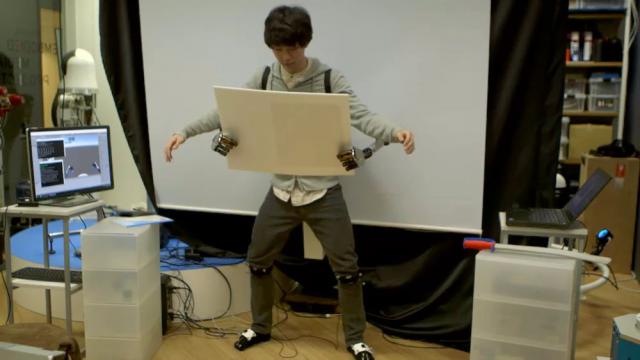 A group of Japanese scientists have come up with a couple of additional robotic arms that are controlled by the feet and knees. The developers called their invention MetaLimbs (Multiple Arts Interaction Metamorphism).

Sensors are installed on the knees and toes of the feet, which record their movements. Thus, you can control the joints and fingers. MetaLimbs allows you to even take items.

Additional hands, according to the creators, are supposed to be used, mostly in a sitting position, but they can be used and standing.