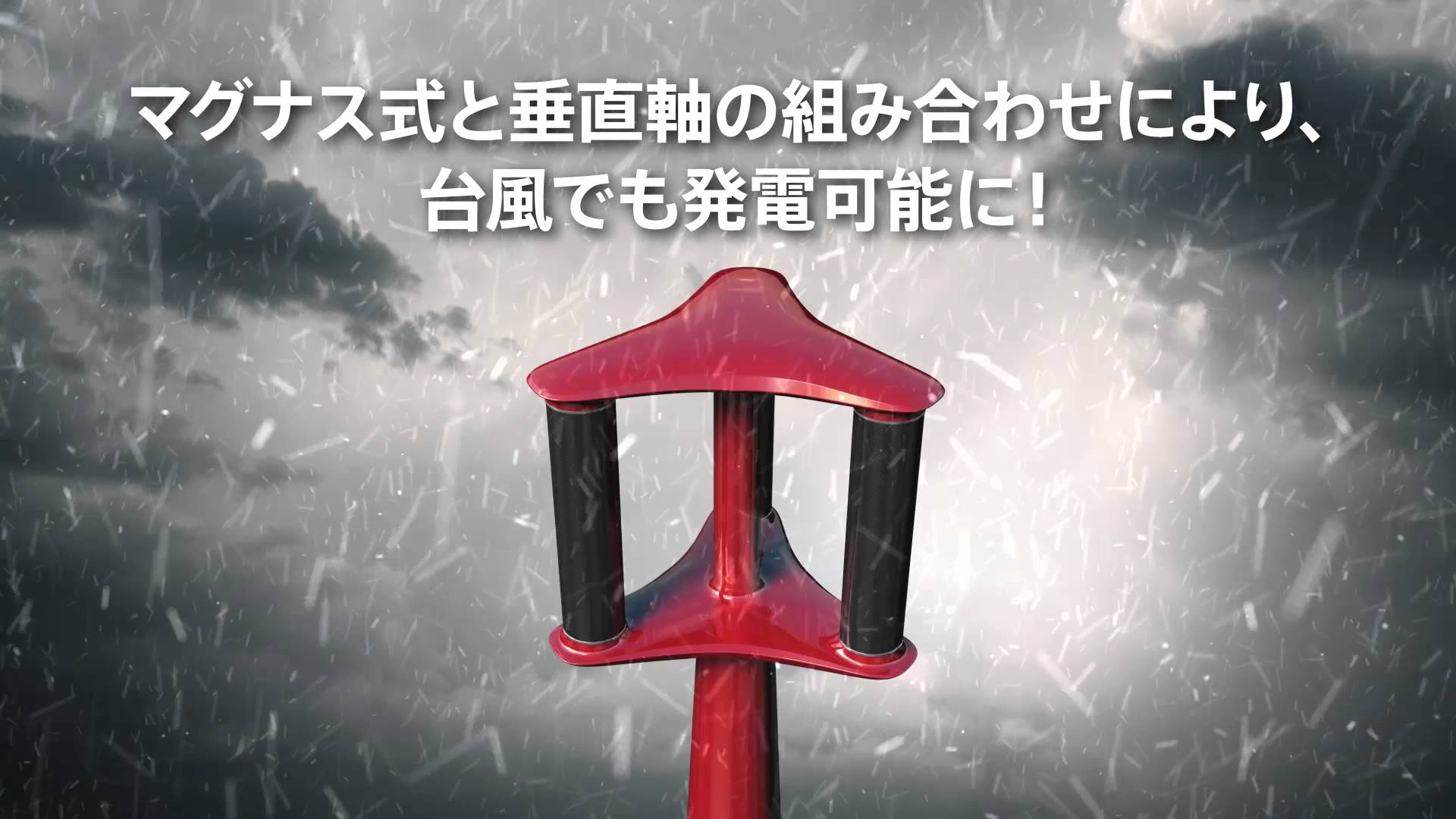 Wind turbines are popping up like mushrooms around the world as part of a slow but steady transition to “green” energy sources. But the traditional “windmills” limited in use. To put them only on the wind and if the wind is too strong — working on a wind turbine it is better to suspend because of the probability of failure. Thus, the ability of “windmills” is stable and is guaranteed to produce energy decreases.

In Japan, there is an even more extreme problem when it comes to using wind power, typhoons. About 30 typhoons form over the Northwest Pacific ocean each year, and about 7-12 of them come to the main Japanese Islands. Standard Typhoon has wind speed of 30-40 m/s, and the most violent — more than 50 m/s. Traditional wind turbines are designed to operate at an average wind speed of 6-10 m/s.
Therefore, the traditional wind turbines the where the possibility of typhoons increased. But one Japanese engineer thinks he’s found the solution. He created a new type of wind turbine that loves typhoons.

Atsushi Shimazu created tifanny turbine, which is very similar to whisk eggs. When tifanny wind turbine is able to produce and store huge amounts of energy — enough to ensure it Japan for 50 years.

To develop compatible with Typhoon turbine, in 2013 Shimuzu left his job and founded the company “Calenergy”. He was faced with two main challenges — to develop a turbine that continue to work during a Typhoon and can withstand unpredictable wind model. The current development, which the pictures in the video above, achieves a 30% performance during simulations. Commercial wind turbines reach 40 percent of performance, but they do not work during typhoons or when the winds are unpredictable.

The purpose Shimizu — set one of tifanny turbines at the National stadium during the Olympic games in Tokyo in 2020. But if turbine really as good as they say, at this point, would set hundreds throughout Japan.