In Jerusalem, an ancient theater 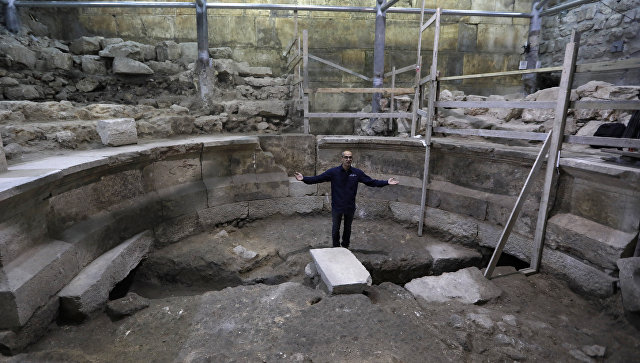 Israeli archaeologists have discovered an ancient theater during excavations in the historical center of Jerusalem and reflect on what prevented the ancient resident of the city from commissioning a construction for 200 seats.

The discovery, which is called sensational, was made in the study of tunnels at the Western Wall, the greatest shrine of the Jewish world, a fragment of the Jewish Temple, which was destroyed by Roman conquerors in the 1st century AD.

“The discovery was a real surprise, when we started digging, our task was to date the arch of Wilson, and we could not imagine that we would open a window into the secrets of the lost theater of Jerusalem,” said the Office of Antiquities of Israel, excavation leaders Joe Uziel, Tehill Lieberman and Avi Solomon. 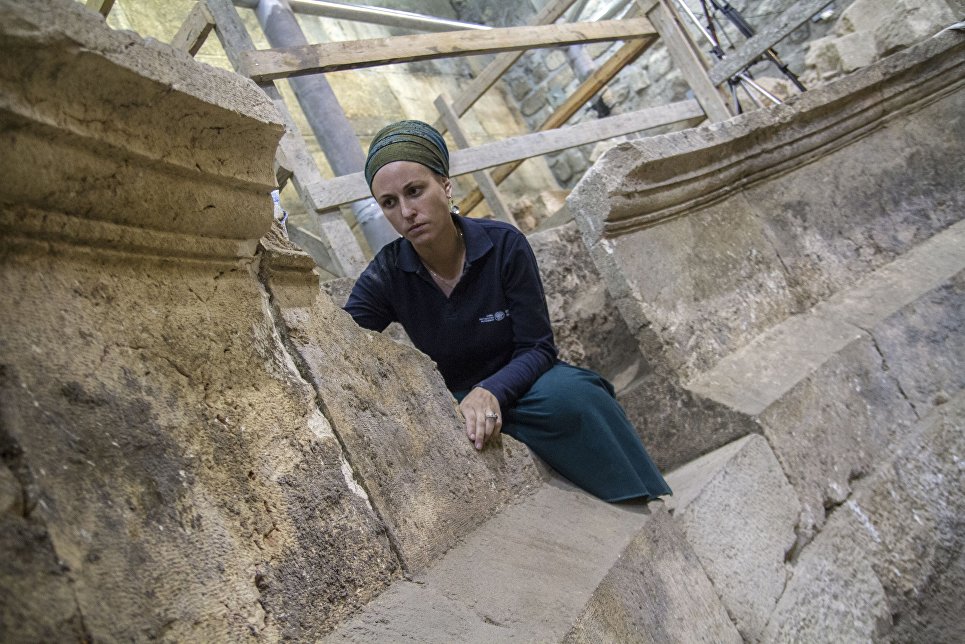 Israeli archaeologist Tehill Lieberman during the excavation of an ancient theater in the center of Jerusalem. October 16, 2017

The theater was found under the arches of the Wilson Arch, a stone bridge, along which, in antiquity from the west, they ascended to the Temple in Jerusalem.

“This is a relatively small building compared to the famous Roman theaters that are in Caesarea, Beit She’an and Beit Gouvryne.This circumstance, as well as the fact that it was under the roof – under the arch of Wilson – pushes us to the assumption that it was a theater-like structure of the type that was known in the Roman world as an “odeon.” In most cases, such buildings were used for singing and musical performances, “say the scientists.

According to another version, it should have been a “boulevard” – a premise for meetings of the city council at a time when the Roman colony of Elia Capitolina existed on the site of the ruined Jerusalem.

Archaeologists believe that the building they found was never used. “This is indicated by a number of finds, for example, not completely carved stairs.It is clear that the construction required considerable work, but was abandoned before the building was put into operation.The reasons for this are unknown, but they could be associated with some major historical event “- suggest the researchers.

One of the versions is the anti-Roman Bar-Kokhba revolt in the 2nd century AD. Scientists say that more than once they found in Jerusalem unfinished buildings that belonged to that period. 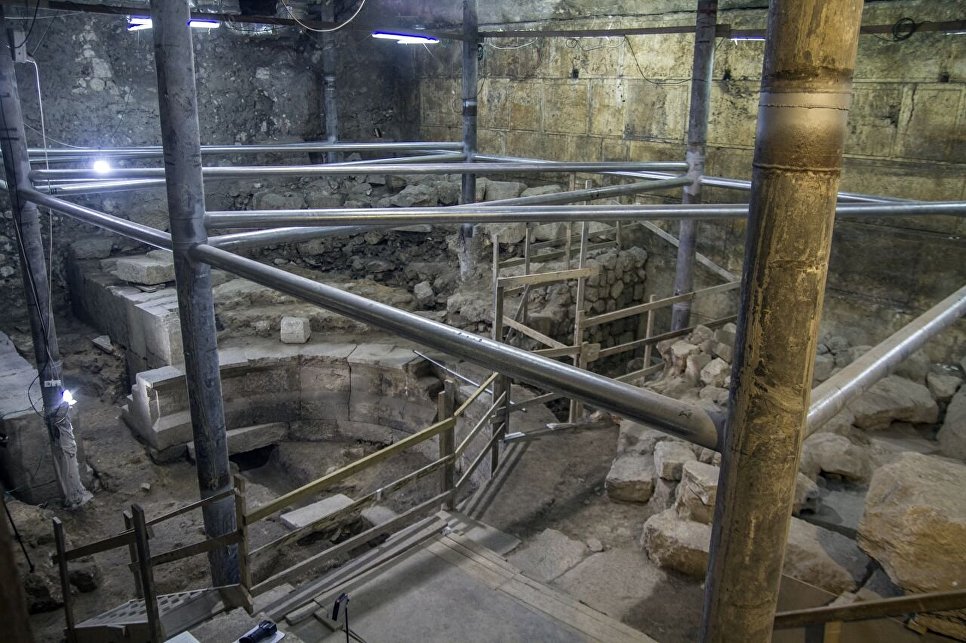 During the excavation of the ancient theater in the center of Jerusalem. October 16, 2017