In Jordan found a huge statue of Aphrodite 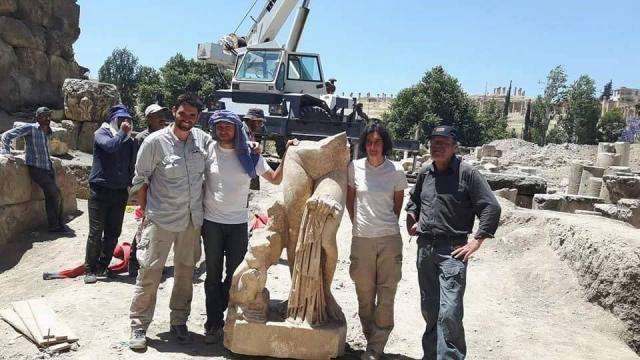 A group of French and German archaeologists, together with Jordanian colleagues discovered in the ancient city of Jerash in Jordan, a fragment of a huge statue depicting Aphrodite (Venus). The find was made in the Eastern part of the city. Jarash located 48 km North of Amman.

According to the inscription on the pedestal, the figure depicts the Greek goddess of love and beauty. The inscription also suggests that the statue was created for the gods to heal a sick ruler, reported the Jordan Times.

Archaeologists still managed to find the bottom part of the statue. The height of the fragment is 164 cm Upper part, presumably, had a height of about 1.5 m. According to the researchers, this is one of the largest statues depicting Venus. Experts hope to find the missing piece in subsequent excavations. In addition to the Aphrodite beside her a figure of Eros riding a Dolphin.