In Kaliningrad found a huge piece of amber 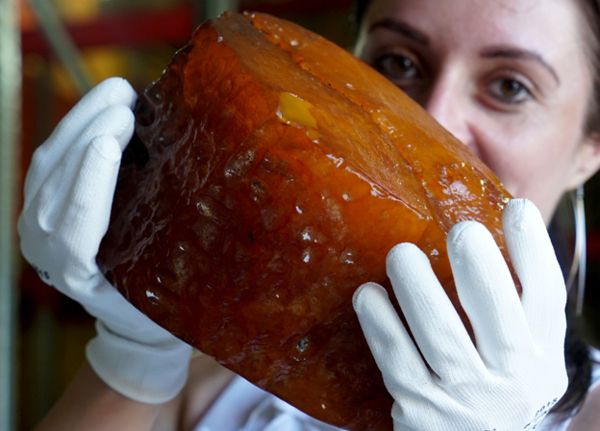 Employees of the Kaliningrad Amber Plant produced the largest piece of amber in the last 30 years. The weight of the nugget, found in the Maritime Quarry, was 3 kg 180 g.

This is not the first major discovery of a valuable stone this year. In early March, the combine discovered pieces of amber weighing 2.36 and 1.3 kg, the latter particularly valuable because of its rare dark color, called the “blood of the dragon.”

Last year, 14 large stones weighing more than a kilogram were found in the quarry, and the largest one was pulled at 2 kg 700 g. In previous years, large nuggets in this quantity did not come across, their annual production ranged from an average of six to eight pieces.

Such unique finds are sent to Moscow in the Gokhran of Russia. Here, experts will assess the nugget and determine its future fate. If the stone is recognized as particularly valuable, it will replenish the storage, if not, it will be put up for sale.

The largest piece of amber was found on the shores of the Baltic Sea in the second half of the XIX century. The weight of the record holder was as much as 12 kg.