In Kamchatka discovered a new mineral 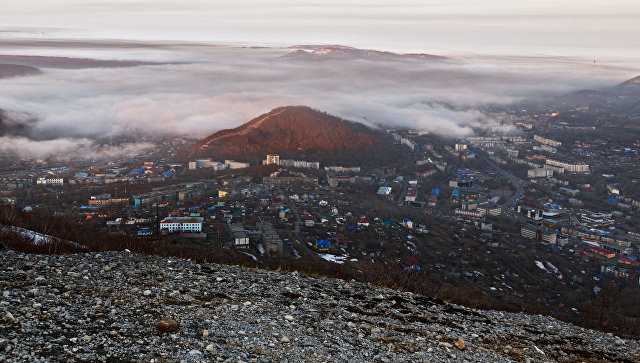 In Kamchatka, a new mineral, nataliamalikite, was discovered, named after the researcher of the Institute of Volcanology and Seismology of FEB RAS in Petropavlovsk-Kamchatsky Natalia Malik, the official website of the Far Eastern Branch of the Russian Academy of Sciences reports.

“A group of scientists from Russia and Australia published an article in the journal American Mineralogist describing a new mineral discovered in Kamchatka.The mineral was named nataliyamalikite in honor of Natalia Malik, a research fellow at the Institute of Volcanology and Seismology of the Far Eastern Branch of the Russian Academy of Sciences in Petropavlovsk-Kamchatsky, The report said.

It is noted that a new mineral is formed in fumaroles – cracks in the slopes of volcanoes, through which hot gases with a temperature of 620-640 ° C are released. It was found on the Kamchatka volcano Avachinskaya hill. From the chemical point of view, natalium malicite is thallium iodide.

At the Australian University of Monash, a study was made of the crystal structure of the mineral under an electron microscope using the Australian synchrotron.

“The discovery of the new mineral means that we can better understand how metals are extracted from sources located in the depths of our planet and focus on small levels to form economic ore deposits.This will give us a unique understanding of the processes responsible for the geochemical evolution of our planet “, – are listed on the site of the words of one of the authors of the study of Professor Mona University Joel Brugger.

The mineral and its name are approved by the Commission of the International Mineralogical Association for new minerals and names of minerals.