In Kenya, poachers have killed the rarest white giraffes 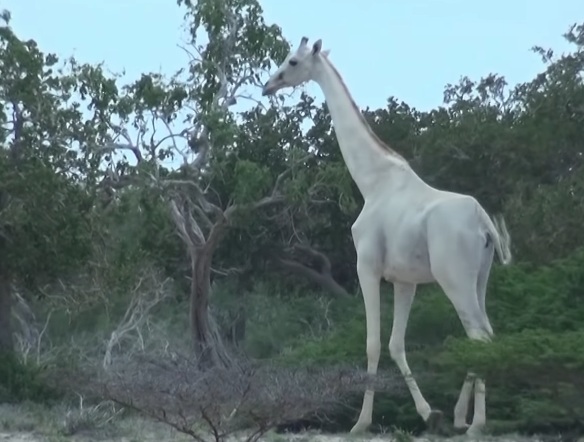 Poachers in Kenya killed a pair of incredibly rare white giraffes that lived in the country’s protected area.

Breathtaking creatures that did not have skin pigmentation due to a condition known as leucism appeared in the headlines back in 2017 when they were discovered and subsequently filmed in the Ishaqbini Hirola Community Conservancy. The find was specifically noted as it was the first time that white giraffes have ever been filmed in the wild.

Alas, the amazing story of unique animals took a tragic turn when it became known that poachers entered an unprotected reserve and killed a female white giraffe, as well as her cub. The reason for this meaningless act is unclear.

Now there is still one white giraffe still living in the reserve, and this animal is considered the only known creature of its kind remaining in the world.