In laboratory brains, an activity similar to human 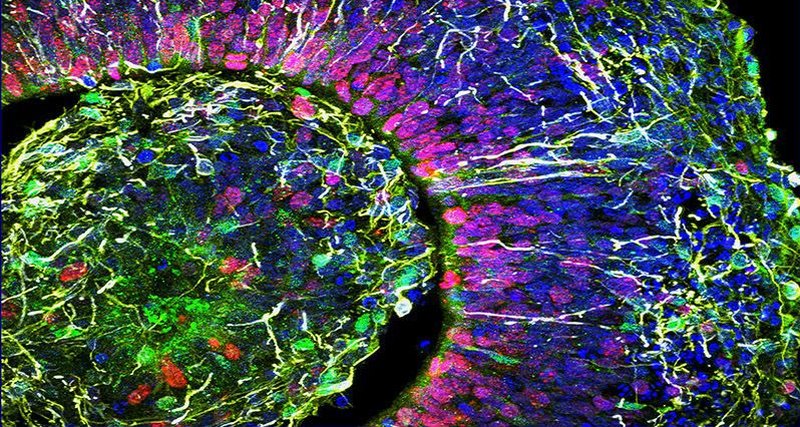 In the “mini-brains”, derived in the laboratory, brain waves, similar to human, were recorded for the first time, and they appeared spontaneously. Electric patterns are similar to those fixed in the brain of premature babies.

Such mini-brains are called organoids, in fact they are three-dimensional cultures of embryonic stem cells. Such cells have already been used to create miniature versions of the eyes, intestines, liver, kidneys, prostate and several other organs. But the human brain is a completely different case.

Scientists at the University of California San Diego are trying to recreate the cerebral cortex tissue, which is capable of thinking processes and interpreting sensory information. Hundreds of these organoids have grown in cultures for 10 months. During growth, scientists measured the electrical activity of mini-brains using EEG.

Six months later, organelles began to show extremely curious activity. The EEG demonstrated patterns similar to chaos occurring in the brain in the early stages of formation. In fact, brain organelles showed a clear resemblance to the brain activity of children born 25–39 weeks after conception.

While it is impossible to say exactly what these waves mean. Is it the origin of the human brain, or just random signals. Scientists still do not know how the brain works, they do not know exactly how human thought originates, and the early periods of brain formation in embryos and fetuses in the uterus are poorly understood. It is possible that in organoids there are not those parts that are necessary for a full-fledged brain, and all electrical signals are pure coincidence.

However, they are. Data exists. Now scientists have, as they write themselves, “new opportunities for studying the role that neural network activity plays in the development of the cerebral cortex.” It doesn’t matter if it is an accident or not, but now how organoids develop will greatly affect their future.