In Lesotho, found a huge diamond 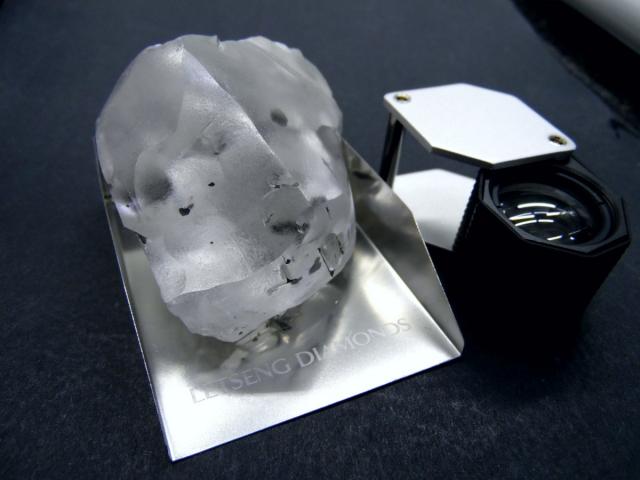 The fifth largest diamond in the world was found in Lesotho by Gem Diamonds employees. The cost of a stone of 910 carats (182 g) can reach 40 million dollars.

The diamond was found at the Letseng mine, acquired by the company in 2006. Recently, several large stones were discovered in this place, including the “Hope Lesotho”, found in 2006, weighing 603 carats.

According to representatives of Gem Diamonds, the recently found stone is very high quality. It belongs to the category D (“colorless”). Such diamonds have a low content of impurities. In the world of their production is not more than 1%.