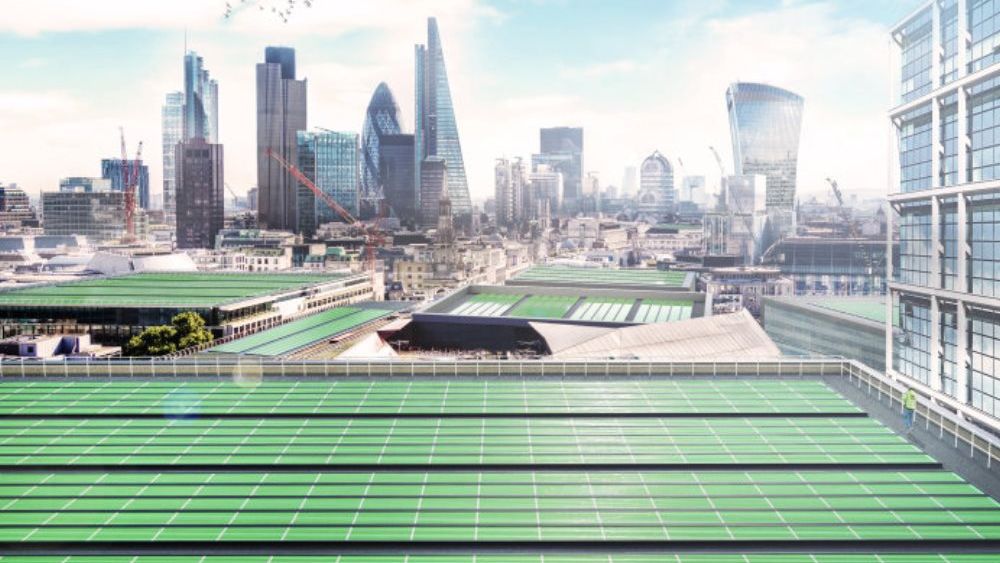 In London, the first of its kind passive urban air purification system is being tested. It is assumed that algae growing on large panel structures will absorb carbon dioxide from the atmosphere, while releasing oxygen. A startup called Arborea; his partner was the Imperial College, on the territory of which they will test innovative technology “biosolar sheet”, according to the college’s website.

The building of one of the campuses of the Imperial College will be turned into an experimental “man-made forest”. On its walls and the roof will mount panels, the principle of which is similar to solar panels, that is, they unfold after the light source. The panels will contain phytoplankton colonies and microalgae whose metabolism is based on photosynthesis. The goal of the project is to test the technology of “biosolar leaves”, which serve as analogs of woody foliage, in large areas: they will absorb carbon dioxide under the influence of sunlight, releasing oxygen into the atmosphere. Moreover, a byproduct of this process will be a protein, which, having made gene modifications, can be used to create plant foods or turn it into fertilizer.

Experts comment that a set of biosolar panels with an area comparable to the total foliage of a single tree absorbs as much carbon dioxide as 100 living trees. One of the main features of the technology is that it does not require gas compressor equipment that is used in other systems to collect carbon dioxide. The panels are easy to change, they can be removed during cold weather, their maintenance is easy. If the project passes testing and is effective, then BioSolar Leaf technology will be tried on public buildings in London suffering from high levels of pollution.