In London, the oldest found in Britain manuscript document 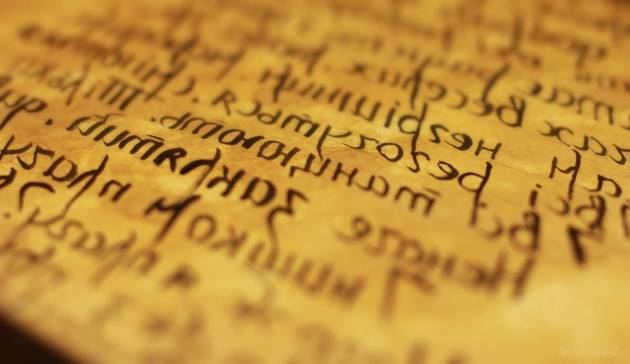 In the course of archaeological excavations at the construction site of the new headquarters of Bloomberg in the city of London were found the oldest in the UK, handwritten documents, Dating from the middle of the first century of our era. Among them an IOU with the date and the first mention of London, reported on the website of the London archaeological Museum.

The artifacts represent the wooden plank. They were covered with wax, which was not preserved, but the contents of the records in the Latin language was able to recover, as stylosa left scratches on the wooden base.

Promissory note dated January 8, the year 57 of our era to the modern style appeared to be the oldest dated manuscript document found in the UK. She says: “In the second Consulate of Nero Claudius Caesar Augustus Germanicus and the Consulate of Lucius Calpurnia Pizon, six days before the January ID. I, Tibell Venusta Freedman, wrote and declare that should the Grat to the Freedman Spuria 105 denarii from the price of the commodity that was sold and delivered to the buyer. These money should I pay him or the bearer…”.

Also on one of the plates was found the first surviving mention of London. The inscription “Londinio Mogontio” is translated as “In Londinium, Mogotio”. Archaeologists have dated the find 65-80 years BC. Previously it was thought that for the first time on the Roman predecessor of modern London was mentioned by the historian Tacitus in his “Annals”, written half a century later.

During the excavations were recovered more than 700 artifacts, including the sign, Dating from the first decade of Roman rule in Britain (around 43-53 years BC) and the contract of October 21, ‘ 62 ad, to the delivery of the “twenty loads of provisions” from Verulamium in Londinium to 13 Nov.

The excavated items will be on display in the new office Bloomberg after the completion of construction in 2017.