In Luxor discovered the tomb of the scribe, greatest of the pharaohs of Egypt 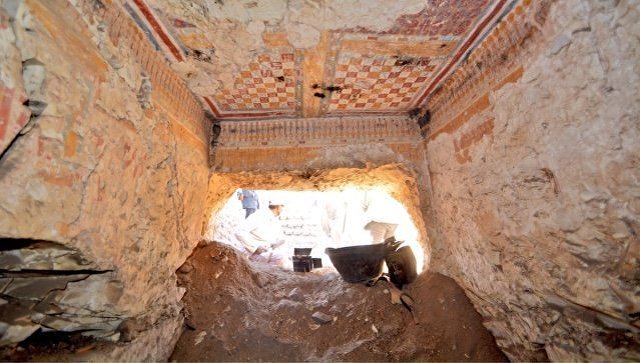 Japanese archaeologists have found in the Luxor tomb of a previously unknown Royal scribe near the tombs of the pharaohs, the most powerful dynasty of Ancient Egypt, which may contain interesting details about life of the main pillars of the power of the pharaohs in the society of that time.

“While cleaning the Eastern part of the courtyard in front of the tomb official UserGate we accidentally opened a huge hole in the North wall of the tomb, which we had not suspected. After going through it, we found that this passage leads to the South wall of a new tomb in which is buried a Royal scribe named Hansa, or of Honshu,” says Jiro Kondo (Kondo Jiro) from Waseda University in Tokyo (Japan).

In addition to the pyramids and mastabas, constructed on the surface of the Earth, “lords of two houses” of Ancient Egypt and many members of his nobility were buried in tombs carved in the mountain slopes and rocks. In the famous Valley of the Kings, located on the banks of the Nile near Thebes and Luxor, is six dozen of tombs, some of which were buried the most famous rulers of the New Kingdom, such as Tutankhamen, Nefertiti, Ramses II and Thutmose III.

In addition to the pharaohs, their wives and children, in the tombs of this complex and the neighboring Theban necropolis on the other side of the Nile buried many high-ranking officials, played an important role in the country’s life and in the functioning of the pharaohs in this era.

A key role in the “vertical of power” of that time played the scribes – the officials, able to read, write and know the basics of mathematics, science, culture and law. They determined the size and collected taxes from the nobility and the ordinary people of Ancient Egypt were Chronicles and participated in the design and construction of the ancient Egyptian monuments extant. The status of scribe was hereditary, and the scribes, unlike 99% of the population at the time, was relieved of all employment duties and serfdom. 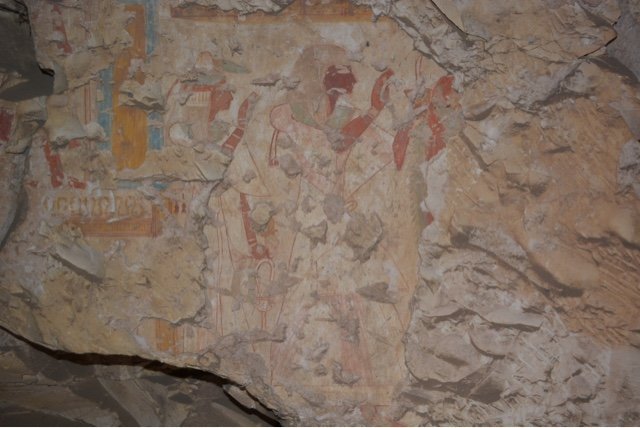 The tomb of a scribe named Honshu in Luxor

The role of scribes in the New Kingdom and of other eras of the existence of Ancient Egypt stresses that over the past few centuries, archaeologists have found dozens of statues of scribes and frescoes dedicated to this profession. There are even examples of how some of the most influential scribes in a few generations after their death, became the local gods and godlike figures that were worshipped by the ancient Egyptians.

The discovery of a new tomb of a scribe who lived during the reign of Thutmose III, Amenhotep II and other rulers of Egypt in the period of its greatest prosperity, as scientists hope, will enrich our understanding of life and the daily life of Egyptians in that era. A story about that looked like Ancient Egypt and think its inhabitants in the distant past have reached us thanks to the scribes that not only were the granary books, but often wrote the stories of ordinary people.

As scientists hope, the walls of the tomb of Honshu, covered with frescoes and hieroglyphs will help us to find the “fresh” portion of these stories, when archaeologists penetrated into the inner part of the tomb, now sealed with a layer of stone blocks.