In Mexico, discovered the remains of an unknown monster 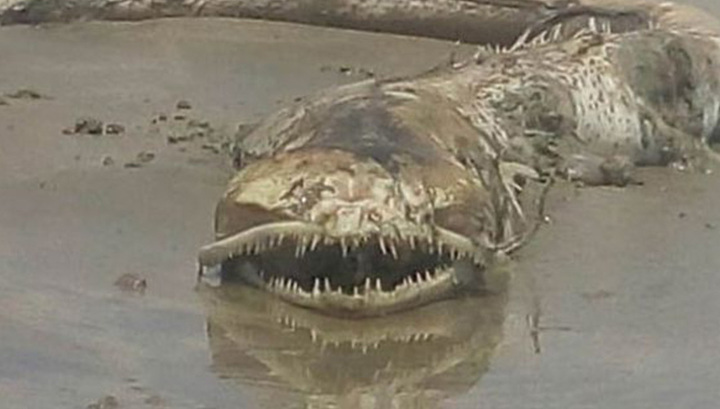 A resident of the Mexican city of Mazatlan, Sinaloa, discovered on the local beach the remains of a strange sea animal. According to Beatrice Morales Acuña, no one was approaching the bones, because everyone took them for the ship’s gear.

Mexican has published pictures of the animal in her social networks and asked readers who, in their opinion, is captured in the pictures.

The opinions of the subscribers were divided. Some said that they had a moray eel before them, others suggested that the sea serpent. Disputes about whose remains were able to capture the woman, continue to this day.