In Mexico, the remains of the palace are found, which testify to the might of ancient civilization 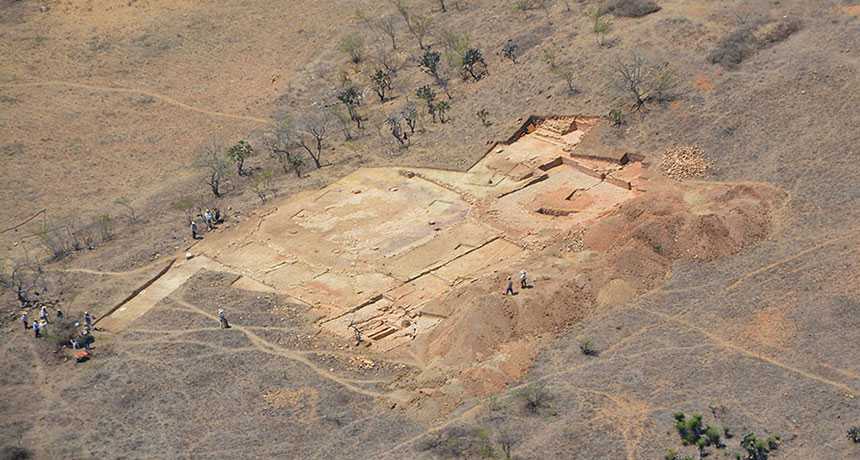 The remains of the palace of 2100-2300 years old, once belonged to the local aristocrat, testify to the formation of one of the largest state formations of Mesoamerica of that time. Only a large and well-organized bureaucratic “organism” could manage the construction of such an architectural masterpiece with an area of ​​2790 square meters. M. Archaeologists Elsa Redmond and Charles Spencer from the American Museum of Natural History told the National Academy of Sciences on Monday, March 27. The article about the results of the excavation was published in the journal PNAS.

The find is made in Palenque – a famous archeological artifact of the area in southern Mexico in the Oaxaca valley. The remains of the palace were dated by radiocarbon method and from the discovered samples of ceramics. This made the construction of the famous – the oldest of the palaces of local nobility discovered by archaeologists.

The excavated palace (from which only the first floor was not badly preserved) included a residential part, apparently serving as a residence to the ruler and his family, and an official one – an inner courtyard for meetings, ceremonies and decision-making. Judging by the remnants of human skulls found, sacrifices were also made in the courtyard. The entire structure was equipped with drainage systems for collecting rainwater and a drainage system.

The palace itself, apparently, had no sacral significance. In any case, the owners were buried beyond its borders: human burials were not found on the territory of the excavations.

The exploded structure scientists attributed to the end of the Monte Alban era. During this period, the Oaxaca Valley was part of the Zapotec possessions – an ancient Mesoamerican civilization, of which we know very little, since their writing has not yet been deciphered. The belonging of the found palace to a specific culture, however, this circumstance does not clarify in any way – on its territory there is no clear evidence of this or that version. But we can state that the architectural solutions of ancient architects are traced in Indian buildings on the eve of the colonial period, that is, a thousand-odd years after the construction of the palace.