In Mexico, the ruins of an ancient pyramid are found 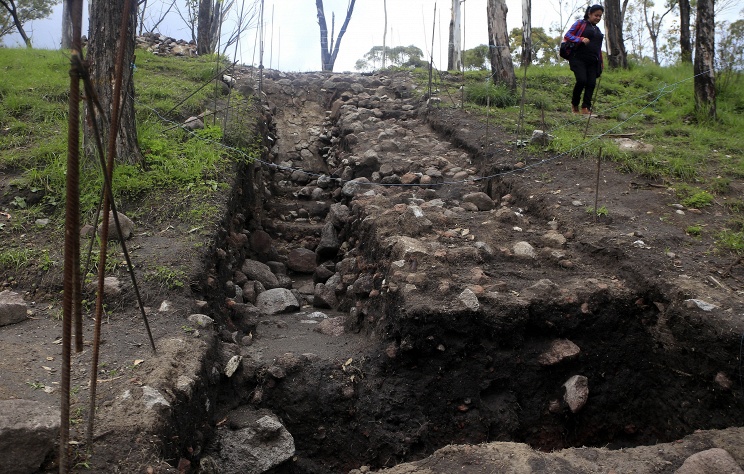 During the excavations in the “German Stonehenge,” human broken skulls and costal bones were found, which may indicate ancient sacrifices.

Archaeologists have discovered bones of people and animals, vessels for drinking and stone mills buried in pits, at the site of excavations near the village of Pömmelte, located in Germany about 130 kilometers south-west of Berlin. Human remains date back to 2300 BC.

“The last moments of the life of the victims were terrible: apparently, they were thrown out or pushed into the pit. One teenager’s hands are tied, “said André Spatzier, a researcher at the State Office for the Preservation of Historical Monuments in Baden-Württemberg. He added that the ancient people also used the monument as a place for rituals.

“German Stonehenge” – a prehistoric circular monument, built of wooden or stone buildings. It consists of several concentric circles, the diameter of the largest reaches 115 meters. Like the English Stonehenge, the ritual construction near the village of Pemmelt takes into account the movement of the sun, equinox and solstice.

On June 9, it was reported that a group of archaeologists discovered on the northern coast of Peru the remains of more than 50 children – pre-Columbian culture Chimu (South America) – who were sacrificed.