In MIT created a new form of light 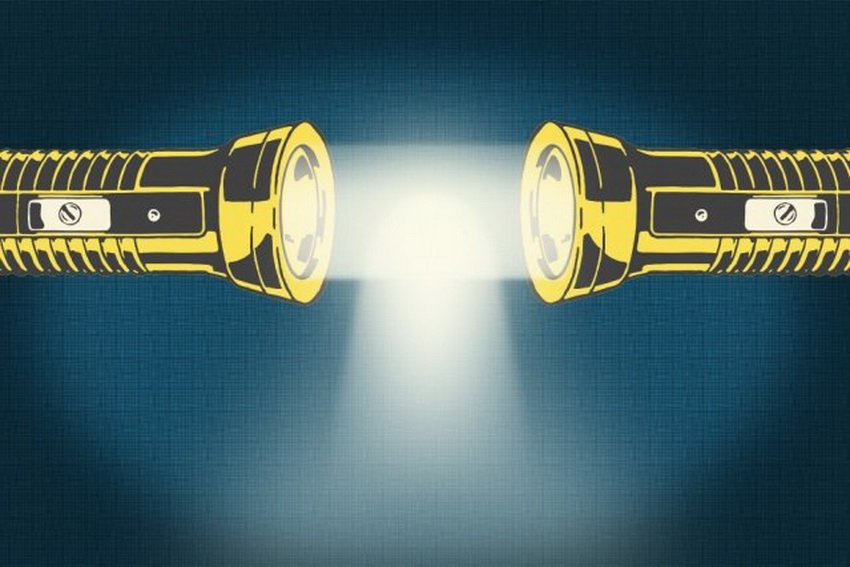 If you conduct a small experiment and cross the rays of two flashlights, you will find that nothing will happen (unless, of course, the increased brightness is considered). This is explained by the fact that photons of light do not interact with each other, but rather pass through each other like ghosts. But what if it were not so and the particles of light, like ordinary atoms, could be attracted and repelled from each other? It is possible that in this case the light rays of each other complemented, merging into a single powerful luminous flux.

This may seem like a fantasy, impossible in the conditions of the laws of physics that we have. Nevertheless, experts from the Massachusetts Institute of Technology have found a way to make photons interact. The Science Daily portal describes an experiment in which scientists were able to blend three particles of light among themselves, thus forming an entirely new kind of light.

Similar and successful experiments took place in 2013. Then the scientists managed to fix the interaction of a pair of photons. In the new work of the researchers, it was possible to associate three and more light particles. They missed a very weak laser beam through a cloud of ultracold atoms of rubidium and at the output noted that the photons are combined into pairs and triplets. Unlike free photons that do not have mass and move at a speed of 300,000 kilometers per second, photons in the experiment acquired a mass fraction of the electron and slowed down approximately 100,000 times.

To explain this phenomenon, scientists have developed a special physical model. According to the researchers, a few photons, passing through a dense rubidium cloud, jump from one atom to another. Thus they become so-called polaritons – half photons, half atoms. They can interact with each other, connecting through their atomic constituents. At the exit from the cloud, the polaritons again become photons, but they remain in communication. That is, you can say, “remember” their physical state inside the cloud.

Scientists note that related photons can be viewed as intricate, which allows them to be used in optical fibers and opens up new possibilities for information transfer and quantum computation.

The researchers hope to find other interesting forms of photon interaction, for example, repulsion or, perhaps, even the formation of correct patterns and crystals.