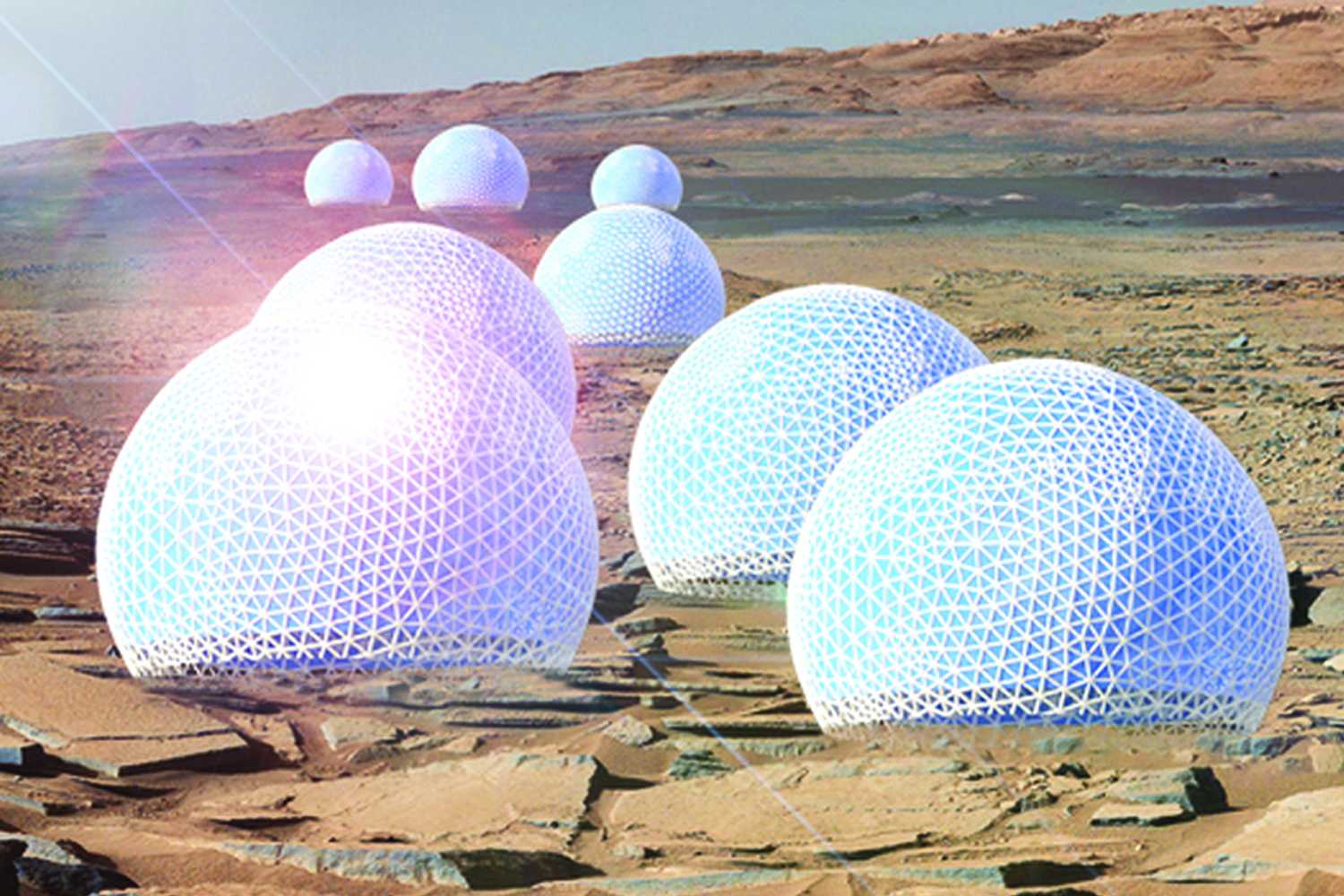 Recently, scientists are increasingly interested in the colonization of other planets or satellites, and in particular Mars. For future colonists, various conceptual buildings and settlements are being developed that can be built on the Red Planet. Now, a team of engineers from the Massachusetts Institute of Technology (MIT) has developed its concept for future “Martians”, based on the architecture of the tree. The Redwood Forest concept, which took the first place in the “Architecture” section of the Mars City Design 2017 contest, is a settlement that will provide the colonists not only with protection from the harsh Martian environment, but also with open public spaces with an abundance of greenery and water.

Despite the fact that Mars is the “living” planet after the Earth in the solar system, the conditions on it are terribly hostile to us. The night temperatures on the planet are so low that even Antarctica can not be compared with them, and the air consists mainly of carbon dioxide. In addition, Mars is so dry that its soil consists of corrosive substances with very unpleasant properties.

Because of these shortcomings, it is difficult to develop projects for settlement on Mars. However, the team of 9 students studying at MIT, it turned out. They used a location and an architectural system that would allow the collection of water from the Martian polar ice caps. They will become the habitats of the colonists. 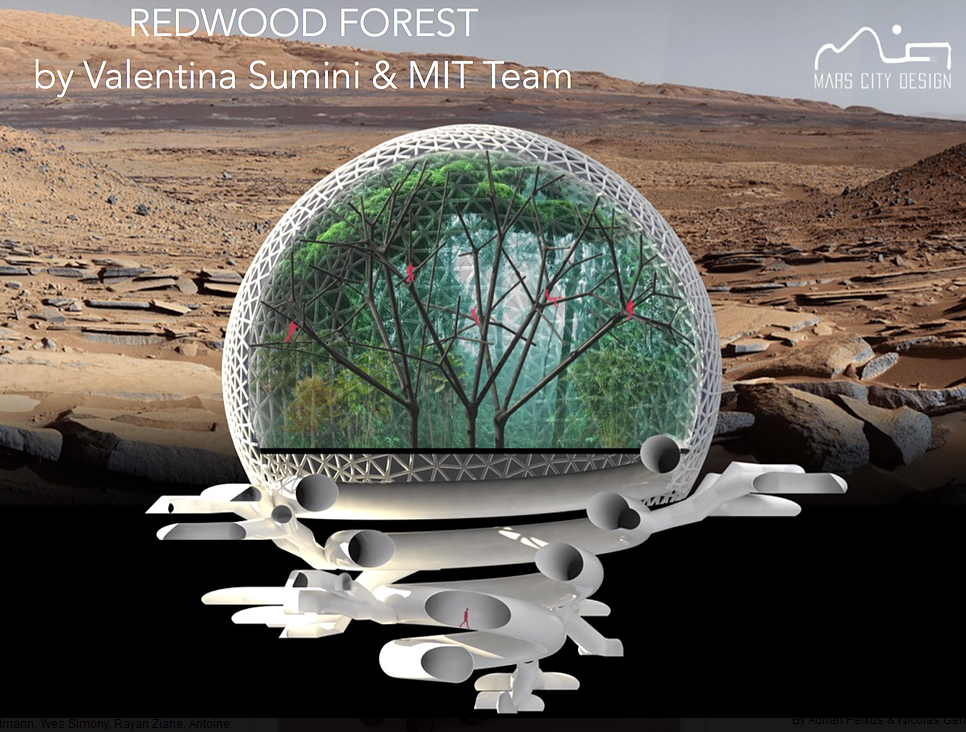 At first glance it seems that the habitats of the Redwood Forest colonists are not like trees. These structures are more like giant glass balls placed on the Martian plains, each of which holds 50 people. But here the main buildings will be concentrated under the surface and will resemble complex tunnels that will connect the spheres and provide protection against cold, radiation, micrometeorites and other hazards.