In Mongolia, found a mummy which is 2000 years old 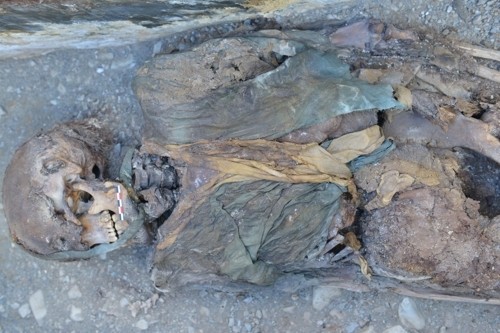 In western Mongolia, a team of South Korean archaeologists discovered a mummy clothed in Chinese clothes.

The age of the find is estimated at 2000 years. The mummy, belonging to a man about 156-170 cm in height, was found during joint research work in the area called Shivet in the Altai Mountains.

Clothing, which was on the mummy and which is currently stored in the Center for Arecological Research in Mongolia, is planned to be sent to South Korea for further research.

According to researchers, this person could be a trader traveling along the Silk Road or a Chinese immigrant living in Mongolia. The mummy, found in one of the three ancient tombs, was wrapped in a Chinese-style robe, the lower part of the garment was missing and lying in a vertical position.