In Moscow, found a treasure of ancient coins 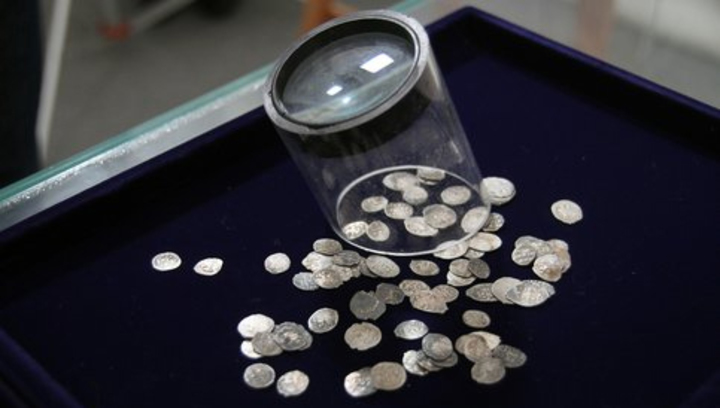 Archaeologists have discovered a treasure from copper coins of the late nineteenth – early twentieth century while observing the construction work on the Sofia Embankment in Moscow.

According to the head of the cultural heritage department of the capital, Aleksey Yemelyanov, they found 135 coins in denomination from half a penny to five kopecks. Money ranges from the 1870s to the 1915s.

Yemelyanov stressed that the total amount is small – only two rubles 36 kopecks. He noted that for comparison, 100 years ago, the daily price of a workshop was from 30 to 50 kopecks, a ham sandwich cost from three to five kopecks, a bottle of good domestic wine – 50-60 kopecks, and French champagne – up to three rubles.

At the same time, the head of the department believes that the treasure is a vivid illustration of the financial crisis that broke out in the Russian Empire in connection with the First World War, when by the end of 1915 the notes began to depreciate and the money sent by Nicholas II tried hard to hide the metal coins.

Apparently, the treasure was kept in a leather wallet or pouch, since some coins contain fragments of leather. The valuable find was transferred for restoration, and then it will take its place in the museum.