In Mozambique, completed a survey of the “lost world” 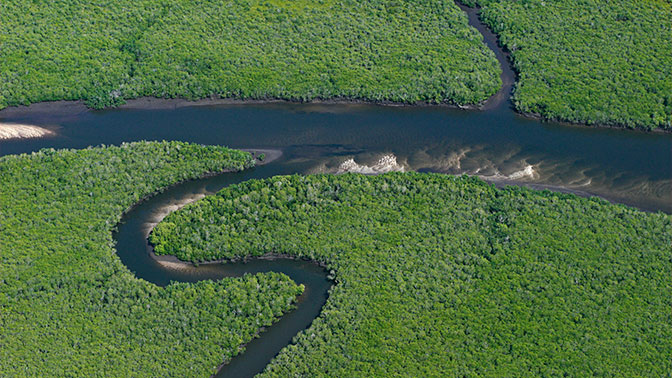 The first scientific expedition completed its work in Mozambique. She surveyed the newly discovered “lost world” there. As reported by The Guardian, this is a stretch of wet rainforest that is located in the central part of Mozambique on the top of a basalt mountain with such steep slopes that the expedition required the inclusion of experienced climbers.

Bayliss is famous for the fact that in 2005, when studying the surface of Mozambique with the help of the Google Earth application, he discovered the Mabu array. In 2012, he also discovered a stone ledge sticking out like a finger in the middle of the crater of an extinct volcano.

Mount Liko 700 meters up above the surrounding savanna. This circumstance attracted the attention of the British researcher Julian Bailiss, who discovered this Mozambique “lost world”, which is similar to the description in the novel of the same name by Arthur Conan Doyle.

Beisliss collected preliminary information and came to the conclusion that even the residents of the villages nearest to Liko do not know anything about what animals and plants meet at the top of the mountain. The Briton began collecting expeditions from climbers and biologists. Preparation for it took five years, the team included representatives of Brazil, Britain, Swaziland, South Africa, Mozambique and Swaziland.

Arriving at the site, the expedition members first set up a camp at the foot of the mountain and waited for the climbers to pass through the most difficult part – the almost vertical 125-meter slope. From there a very steep trail led upstairs.

Researchers at the top of the mountain found no one untouched by the primeval tropical forest. The discovery of a new species of butterflies, which was previously unknown to science, has already been confirmed. The processing of the collected materials will take several months.