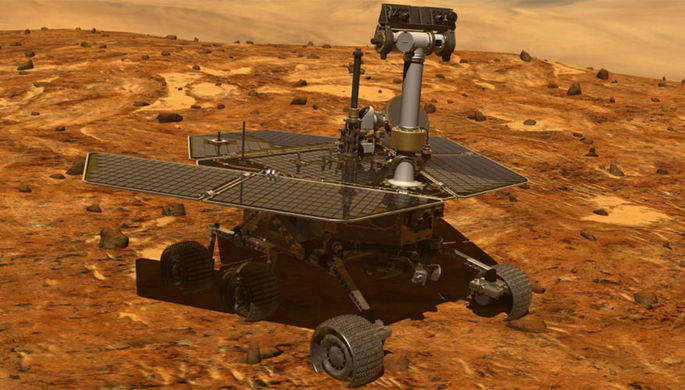 Specialists from the US space agency NASA are ready to stop unsuccessful attempts to get in touch with the Opportunity rover, which has not responded for four months. On this, as transfers SpaceNews, said at the last meeting with the United States Astronomical Society of the American Astronomical Society director of the NASA headquarters Lori Glaze.

Mars rover Opportunity, exploring the planet since 2004, does not respond to the team since June 10, after it was covered by a dust storm. Despite the fact that the transparency of the atmosphere has increased, the rover did not respond to signals from the Earth. “We intend to continue calling Opportunity on a daily basis for at least another week or two,” Glaise said. According to her, a factor in forcing the campaign to establish contact with the rover to stop is the preparation for landing on Mars of the InSight mission, which is scheduled for November 26.

“We intend to roll it before InSight reaches Mars, to be sure that our orbital means are focused on its successful landing,” she explained.