In North America have found algae of the dinosaur era 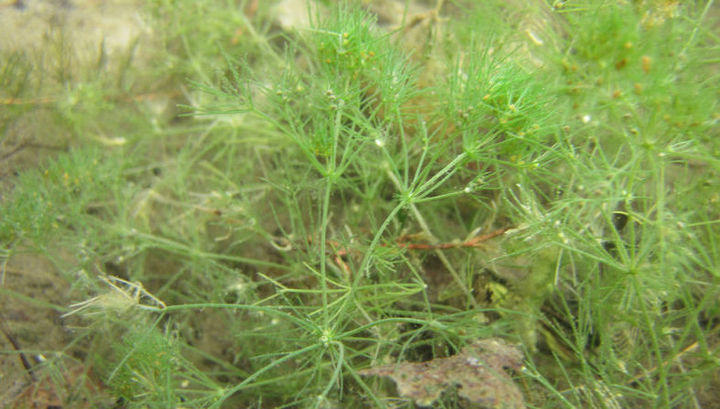 Richard McCourt and his colleagues from the University of Drexel: the researchers found a large green alga Lychnothamnus barbatus, which, according to scientists, has long disappeared in the Western Hemisphere.

“Mainly, it means that we do not know much about the world around us,” McCourt said, “The survival of L. barbatus will not be a revolution in the field of ecology, but it changes our perception of algal flora (algae flora) in North America and inspires Us for further discoveries. ”

Samples of algae were taken from 14 lakes in the state of Wisconsin and from two lakes in Minnesota between 2012 and 2016. It is noteworthy that at the time of the work, scientists in fact did not know what L. barbatus looks like, since the only specimen of algae in the Western Hemisphere has been preserved in the form of a fossil.

So, the latter was found in Argentina and is ranked among the fossilized Cretaceous period (to the same period belongs the found fossils of the Tyrannosaurus rex).

“Almost immediately we realized that we are dealing with something that was previously thought to be extinct, because it is clearly different from any other kind of North America,” says McCourt.

According to him, the researchers still had to carefully consider everything to confirm the identity, as well as extract DNA for its confirmation.

It is noted that L. barbatus is relatively rare in those places where it was recently discovered. Algae refers to the algae that are often found in Europe and Australia.

But this species can be quite high (up to 30 centimeters), it also has a rather characteristic appearance. In this regard, scientists are a little puzzled by why he still did not come across anyone in the eye.

“If the species remained unnoticed, this is probably due to the fact that much of what lives in the lakes and streams has not been thoroughly studied, despite the centuries-old collection of samples,” the scientist argues.