In Norway they create an autonomous electric container carrier 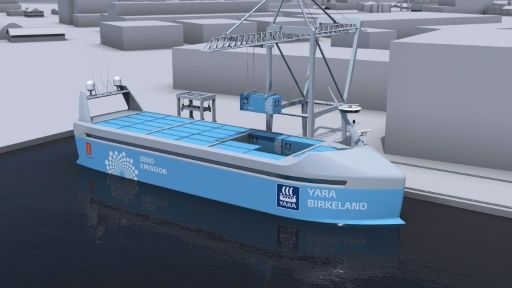 In Norway, they plan to launch the first autonomous fully electric vessel next year. The vessel under the name Yara Birkeland will be built by the Norwegian company Kongsberg for the fertilizer supplier Yara International. The vessel will run between the three ports in southern Norway.

Yara Birkeland will be able to transport about 100 containers at a speed of 12 to 15 knots for a distance of more than 120 km.

At the first stage, the crew will be on the ship. On automatic control, it will move to 2020.

Currently, fertilizers are transported by trucks. According to the representatives of the company, every day the cars make more than 100 flights to deliver fertilizers to the ports.

The transition to the use of electric container ships, as stated in Yara International, will reduce CO2 emissions by 678 tons per year. For the ship’s batteries, the electric power generated mainly by hydroelectric power plants will be used.