In Oregon, an expedition to find the Sasquatch has been completed. 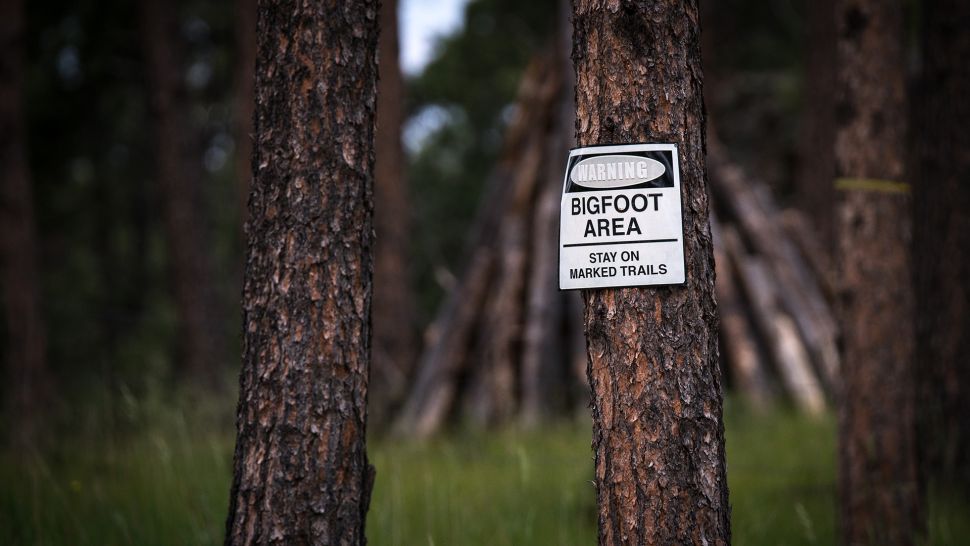 In Oregon, an expedition to find the Sasquatch has been completed.

A man stands late at night in the woods of Oregon, looking between trees for signs of nightlife. The scene is dark, but his face and hands are visible in infrared images, and he scans the landscape with a thermal imaging camera in search of a thermal signature that would show that he is not alone.

Suddenly, a red silhouette appears from a distance.

Maybe it’s a Bigfoot, the legendary creature of North America? This man is the author and researcher Russell Accord and his colleagues are trying to answer this question in their research.

More than 10,000 eyewitnesses spoke about the Bigfoot meetings in the continental United States over the past 50 years. The Bigfoot even has an FBI file that was released on June 5, 1977; in 1977, the agency examined 15 unidentified fibers that were suspected to be Bigfoot hair. But eventually it was determined that the hair was deer-like,” wrote Jay Cochrane, Jr.

A team of experts, including a primatologist, has begun a three-week search for the elusive yeti. Using state-of-the-art equipment and computer algorithms, the team analyzed the traces and possible habitats and recorded mysterious sounds in the Bigfoot’s “hot spots” on an area of about 90,000 acres in central Oregon.

The yeti are often described as a tall, hairy creature, like a giant monkey that walks on two legs. The huge primate of the Gigantopitek – 3 metres high and weighing up to 270 kg – once lived in Southeast Asia, but died out hundreds of thousands of years ago. And large hairy animals, such as woolen mammoths and rhinoceroses, roamed North America during the ice age. But to date, there is no fossil evidence that large primates other than humans have ever lived in North America, said Mireya Mayor, researcher and member of the Bigfoot Expedition team at the College of Arts, Sciences and Education at Florida International University, director of the Research and Communication Initiative.

However, the idea that a new type of undisclosed primate may hide in the dense forests of North America is “very real” if animals have food, shelter and habitat that isolates them from humans. Chimpanzee researcher Jane Goodall said in an interview in 2002 that she did not rule out the possibility that such creatures might be real.

In 2001, a new lemur species was discovered, which is one of the smallest primates in the world, weighing less than 57 grams. Small animals are difficult to spot in the wild, but even a primate as big as Bigfoot can be quite effective in hiding from humans.

“We’ve seen this all along the history of other monkeys,” she explained. “When I went to find the gorillas of the western lowlands, because of the dense vegetation in which they live, and because they are not populated and actually avoid people at all costs, there were times when we were no further than 1 meter from the huge gorilla and did not know that she was there for an hour or two.

When she read eyewitness accounts of possible encounters with the Bigfoot, one of the distinctive features was the sequence of descriptions: a large two-legged creature that behaves like primates. “And when we were in the field, we were able to see something that fits this description: very large and moving on both legs.

“For me, this is perhaps the most convincing proof of what I have seen so far.

As compelling as this new proof may be, only the body or genetic data from organic tissue, faeces or hair can finally establish that this legendary creature is a newly discovered species. The scientific description of any new species means the establishment of a holotype, the only physical specimen representing the species, according to palaeontologist David Hong, senior lecturer of zoology at the School of Biological and Chemical Sciences of Queen Mary University of London.

To date, the physical evidence, presumably representing the Bigfoot, has consisted mainly of hair, and all those samples that have been subjected to genetic analysis belonged to existing animals. In 2014, researchers investigated 36 “snowman” hair samples collected around the world, linking most of the hair with raccoons, horses, deer, cows, coyotes, Malaysian tapir and even humans.

Curiously, the two samples did not belong to any of the known species.