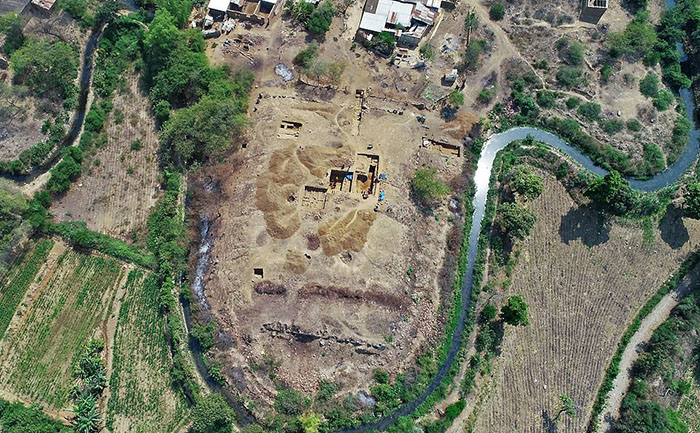 A group of Peruvian scientists led by renowned archaeologist Walter Alva discovered in the valley of the Zana River, about 800 kilometers from Lima (the modern capital of Peru), a temple that was once used to perform water worship rituals in ancient Peru. It is noted that the ancient religious building with a length of about 40 meters is equipped with a 15-meter staircase.

In the center of the megalithic temple there is a platform with an altar, which was just intended for holding water-related fertility rituals. There are characteristic openings in the altar similar to those found in other water churches of that period. This became the basis for the conclusion that the temple was used to perform rituals dedicated to water at the time when it was considered divine. Researchers also found the remains of large stone blocks, allowing to determine the structure of the temple.

In addition, archaeologists have discovered on the site of the temple and tombs, which date back to the period from 1500 BC to 292 AD. Inside these graves, the total number of which was 21, were objects made of ceramics and metal of different periods, including a much later Inca period. According to experts, many of these graves were reused.

It is noted that the temple was discovered in October, but the publication of official information about this discovery was postponed. Such measures have been taken to ensure that the news does not attract the attention of treasure hunters.