In Peru, the remains of sacrificial guinea pigs are found in bright ornaments

A curious new archaeological discovery made in Peru: scientists discovered the remains of hundreds of guinea pigs sacrificed by Incas.

It is known that this civilization practiced ritual animal sacrifice. The Spanish conquistadors, after traveling to South America, reported on the mass killings of animals of various species, including guinea pigs. However, until now, researchers have not found archaeological evidence of such practices.

The new discovery was the first of its kind. The lead author of the study, anthropologist Lidio Valdez of the Andean Research Institute, announced the discovery of two guinea pig graves in the southern part of Peru. In one of them, the remains of 72 animals were buried, not far away – another 28. The age of the find is estimated at 400 years.

Before the ritual, jewelry was put on the guinea pigs – earrings and beads of orange, red, purple and brown threads. And some animals were wrapped in miniature cotton rugs. (By the way, the Spaniards did not mention such decorations in their stories, so the discovery surprised researchers a lot).

Guinea pigs were probably buried alive. No signs of injury were found on their bodies: obviously, the animals simply suffocated.

According to Valdez, some of the remains rested separately, others – in pairs or in small groups. Guinea pigs of various colors were found in the burial.

Next to the sacrificial animals were laid out small branches of the bush, known as Fuchsia Magellan (Fuchsia magellanica). In addition, pure river sand was collected for the ritual. And the coal found not far from the graves suggests that fire was used for the ceremony, Valdez adds.

In an interview with the Gizmodo site, the anthropologist noted that 66 of the 72 pigs in one burial and 27 of 28 in the other were very young. According to the scientist, this may indicate some symbolic associations with purity and innocence. On the other hand, young guinea pigs were more valuable because of their tender meat, and, apparently, such an offering could appease the gods. 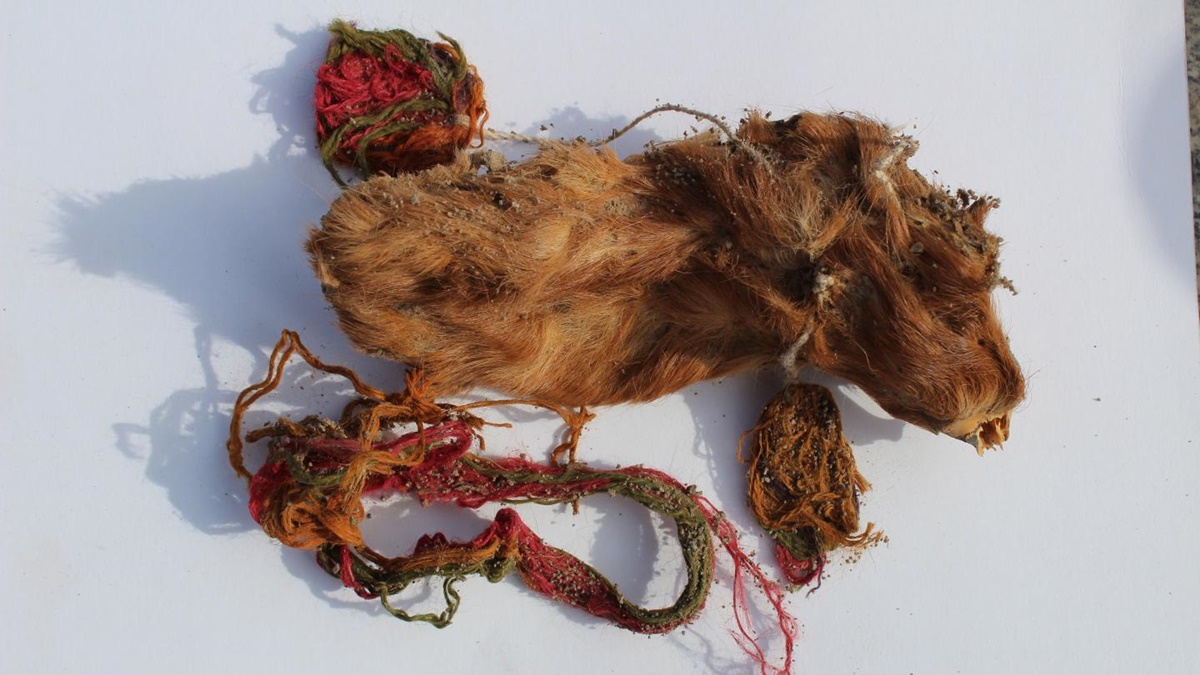 Due to the arid conditions, the remains of animals aged 400 years are preserved in good condition.

Lidio Valdez also draws attention to the place where the burial was made. Initially, it was an open space, where, after the ritual, buildings with a clay floor were built (under it and the remains of animals were found). These buildings were located next to the square, where various important events were probably held.

Anthropologists still find it difficult to say for what purpose such an original sacrifice was made. There is a hypothesis that this ritual was supposed to protect the buildings that were built afterwards.

It is assumed that rugs and colorful decorations of guinea pigs served as a kind of gift wrapping for the gods.

On the other hand, it could be some kind of symbol. For example, beads and earrings, worn on animals, could mean that the latter “replace” people. (The Spaniards, by the way, mentioned similar ritual sacrifices of children also buried alive.)

A scientific article with a more detailed description of a unique find has been accepted for publication in the journal International Journal of Osteoarchaeology.