In Poland, found a silver treasure of the XVII century 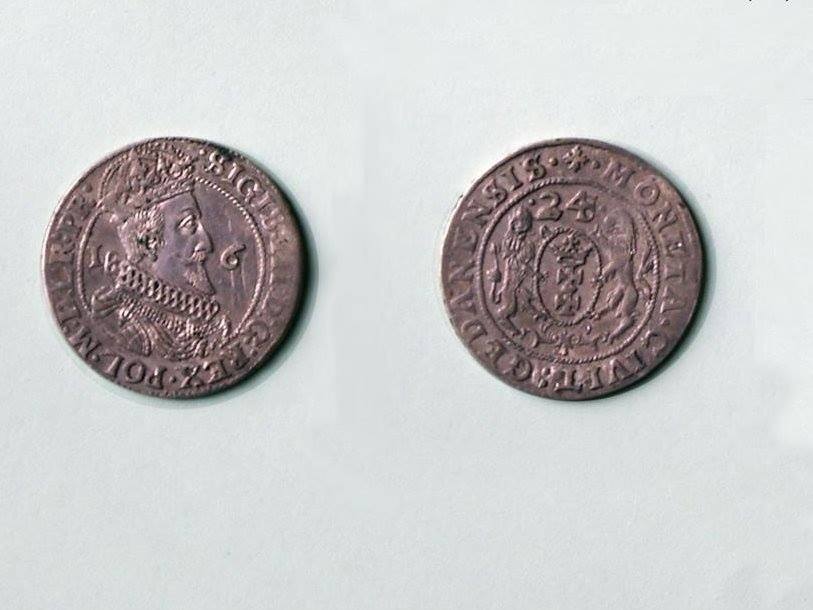 Eighteen silver coins from the middle of the 17th century were found in the castle of the Polish town of Człuchów. Archaeologists who made this discovery believe that the coins were hidden in the 1650s during the invasion of the Commonwealth of the Swedish army, which went down in history as the Swedish Flood.

Most of the coins are silver coins of a quarter of a thaler value, which were circulated in Germany and the Commonwealth in the 16th and 18th centuries. Among the coins are issued by the Polish kings Sigismund III and his son Jan II Casimir, Duke of Prussia George Wilhelm, and one coin in 10 kreutzerov minted at the Austrian Archduke Leopold V. The diameter of the coins is 2.5 – 3 centimeters. As Michał Starski of the Institute of Archeology of the University of Warsaw said, a similar type of coins appeared at the beginning of the 17th century for foreign trade. One such coin at that time could buy a dozen chickens. In the 18th century, the value of the coin was reduced by about half because of the large inflow of silver mined in the mines of South America to Europe.

Archaeologist Maciej Kurdwanowski discovered a treasure inside a defensive tower located in the second courtyard of the Chlukhov Castle and guarding the passage to the third courtyard. It assumes that the treasure was hidden during the months-long siege of the castle by the Swedish troops in 1655-1656. Perhaps coins were part of a larger treasure. At the beginning of the 20th century, historian Konstantin Kochinsky reported that a construction worker in Chlukhov found old silver coins and, by selling his find, he could emigrate to America.

Until the end of September, the coins will be exhibited in the regional museum in Chlukhov. Then they will be transported to Warsaw for more detailed research. In particular, scientists expect to determine the places of coinage of each of the coins. After the end of the work, the coins will return to Chlukhov