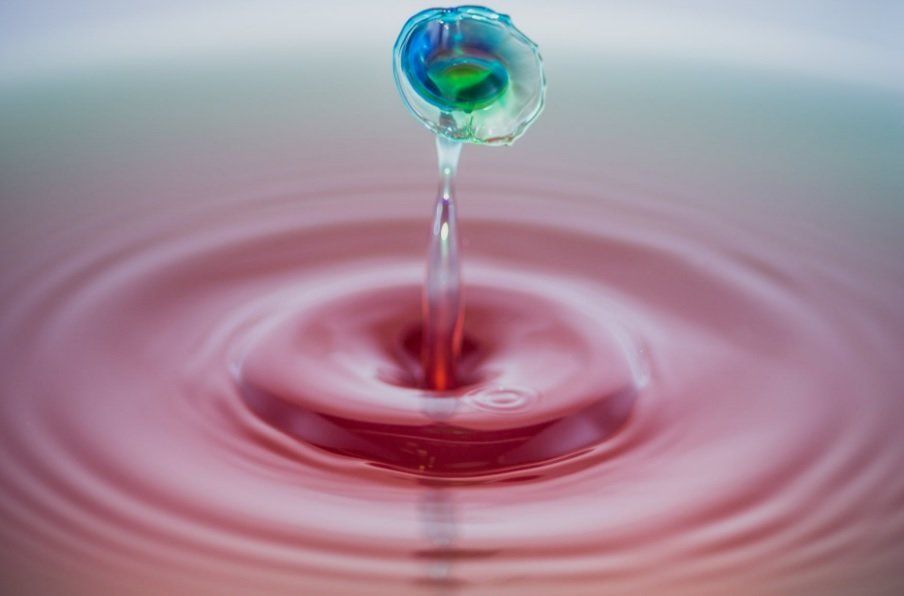 Scientists have demonstrated an unusual property of one-dimensional quantum fluids – they are capable of supporting a hybrid sound wave, which no other liquid can.

Conventional sound waves – small density fluctuations – can propagate through all liquids, causing the molecules in the latter to uniformly contract. Now physicists have theoretically demonstrated that not one but two types of sound waves can propagate in one-dimensional quantum liquids. Both types of waves move at approximately the same speed, but are a combination of density waves and temperature waves.

Physicists Konstantin Matveyev from the Argonne National Laboratory and Anton Andreev from the Washington University in Seattle published a report on hybrid sound waves in quantum liquids in a recent issue of the journal Physical Review Letters.

“One-dimensional fluids have amazing quantum properties, which are studied by physicists for decades,” Matveyev told Phys.org. – Quite unexpectedly we managed to show that even such a fundamentally classical phenomenon as sound is also very unusual in these liquids. Our work implies that even the simplest, classical properties of a liquid can be strongly influenced by their quantum nature. ”

Despite the fact that classical liquids generally support only one type of sound wave (density wave), liquid helium is an exception. Being a superfluid liquid, liquid helium can flow without friction, which allows it to flow up the walls of the container, not to mention its other unusual properties. Unlike classical liquids, superfluid helium supports two types of sound waves – a density wave and a temperature wave propagating at different speeds.

As physicists explain, in one sense, one-dimensional quantum liquids are very similar to superfluid helium, since both types of fluids support two types of sound waves. However, in everything else they are very different: instead of one wave remaining a density wave and the other a temperature wave, both sound waves combine the properties of density and temperature waves. This hybrid nature of sound waves in one-dimensional quantum liquids differs from the nature of sound waves in all other liquids, including liquid helium. In addition, scientists have shown that both waves propagate at almost identical speeds, the difference of which is determined by the temperature.

In the future, physicists hope that these hybrid sound waves can be experimentally demonstrated in long quantum wires and atomic traps in which one-dimensional quantum liquids exist.