In Rome they found the barracks of the Praetorian guard 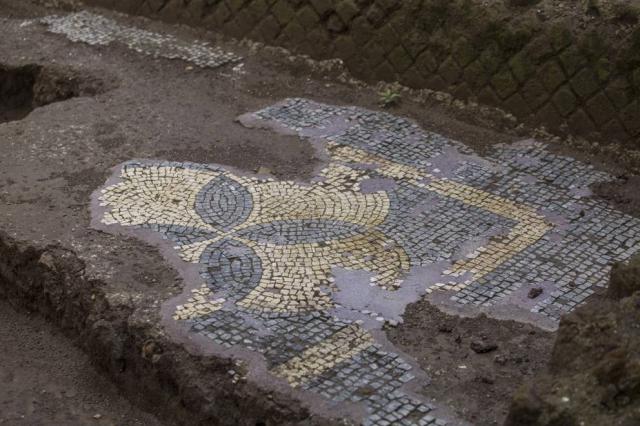 When routing a new subway line in Rome were the ancient Roman building discovered during the reign of Emperor Hadrian (117-138 ad).

According to archaeologists, the structures are barracks where they could be housed Praetorian guard – the personal guard of the Emperor. During excavations at a depth of 9 meters, the researchers found 39 rooms with a corridor length of about 100 meters. The total area of the buildings is 900 square metres.

The floors of these rooms covers partially preserved black and white mosaic, and the walls were still visible frescoes. Among the ruins was also found a mass grave, which contained 13 skeletons, a bronze bracelet and a coin.

The barracks were found near the under construction metro station, AMBA Arad Line C. the Station was scheduled to open in 2020.