In Russia, created a biodegradable polyethylene 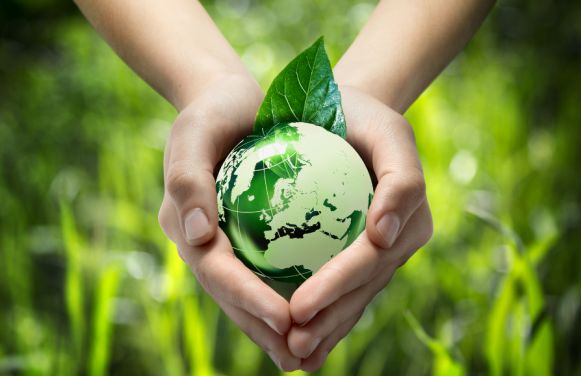 Scientists from the Plekhanov Russian Economic University created biodegradable compositions based on polyethylene and various plant fillers. The new technology will create environmentally friendly packaging materials that include natural waste from various industries. The results of the research are published in the scientific edition of the Journal of Polymers and the Environment.

Annually in Russia there are about 3.3 million tons of plastic waste, about 10,000 hectares of land suitable for agricultural use are alienated to the landfills. Most of the packages produced today in Russia under the label “biodegradable”, in reality, do not decompose biologically either in soil or in landfills. On the other hand, in many regions, a large number of potentially biodegradable wastes of various industries (woodworking, agricultural, textile, food) have been accumulated, which have not yet been used.

Employees of the laboratory “Perspective composite materials and technologies” of the RGU named after G.V. Plekhanov proposed a solution to this problem. They conducted a series of experiments on the biodegradation of biocomposites based on polyethylene with various plant fillers, established the regularity of the influence of the size of the filler particles on the physical properties of polymers and the rate of their biological decomposition, and created double biodegradable compositions based on polyethylene and vegetable fillers. 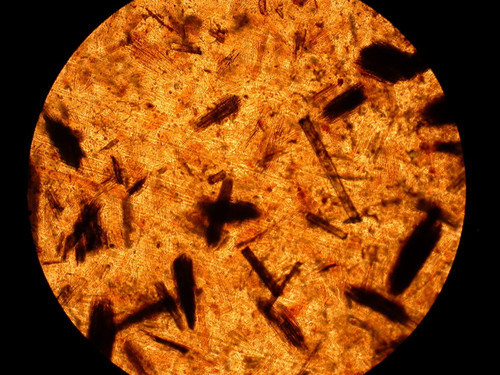 Micrograph of a film based on polyethylene with linen bonfire

In the role of filler, scientists use a flax bonfire, sunflower husks, wheat germ, wheat straw or sawdust, that is, industrial and agricultural waste. They learned how to treat these materials in a special way, combine them with traditional polymers (polyethylene and polypropylene) and produce polymer composite materials with vegetable fillers at the output. In addition, scientists have developed triple compositions, in addition to the listed components, an additive has been added that improves the compatibility of the polymer and the filler. As an additive, scientists suggested using a copolymer of ethylene with vinyl acetate (SEEA).

“We have learned how to create a new class of materials – polymer composite materials with vegetable fillers.Our materials will significantly reduce the level of pollution of nature used packaging, since we use cheap industrial waste that make up 30 to 70% of the weight of the finished composite, the cost of finished materials is at the level of Or even lower than traditional polymers, “explains the Head of the Laboratory” Perspective Composite Materials and Technologies “of the Department of Chemistry and Physics of the RGU named after G. . Plekhanov, Peter Pantyukhov.

According to the scientist, work on obtaining such materials is now being actively conducted all over the world. As fillers, scientists in the US use kenaf, cotton, banana fibers, coffee husks, in China they try to use bamboo, in India – jute, and in Brazil – stalks of sugar cane. But the main task that faces all scientists is to combine the filler with the polymer matrix so that the resulting material possesses high mechanical characteristics while retaining biodegradable properties.

Russian scientists managed to do this. Work on the creation and study of materials was conducted jointly with the Institute of Biochemical Physics named after NM Emanuel of the Russian Academy of Sciences.