In Russia, created an analog of the robot Boston Dynamics 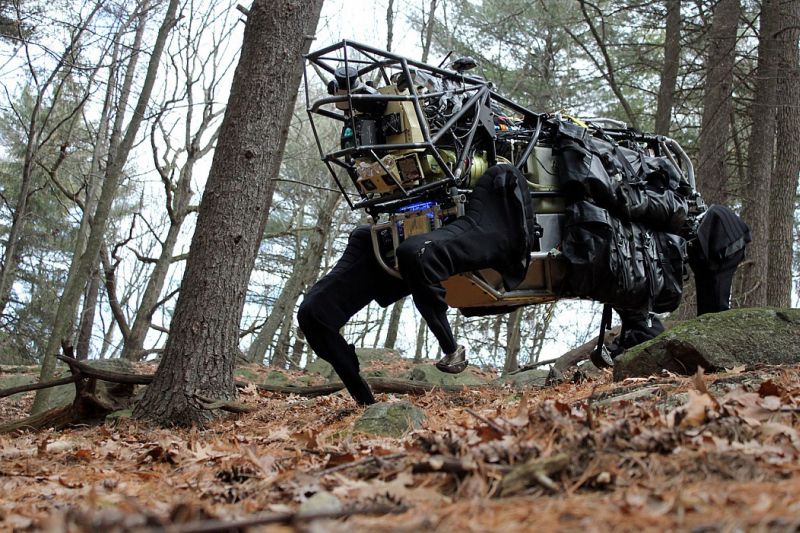 The FPI development team has created four-legged robots in Russia. The devices are similar to the high-tech robotics of Boston Dynamics. Working prototypes can successfully move through mountainous and rugged terrain.

Russian departments (which exactly are not known at the moment) were sent to the FPI engineers – the Foundation for Advanced Studies. The task was to develop fast and strong four-legged robots that have the advantages of Boston Dynamics models. According to Sergei Khurs, who is the head of the project of the National Center for the Development of Technologies and Basic Elements of the Robotics Fund, this is not the first time that FPI engineers are engaged in such work. Developers have already created a series of robots with four limbs – on an initiative basis. However, at the moment the engineering group is creating devices of this type already at the request of domestic agencies.

It is mentioned that robots FPI will be able to overcome obstacles of different levels of complexity, including steps. This is a key plus of four-legged devices in comparison with caterpillar and wheel analogues – robots of this design are not able to move quickly along stony roads, marshes, steep hills, etc.

As the Russian “Bostons” will look, it is still unknown. Also, there is no information about what four-legged robots are planned to use. In other countries, such robots are used to carry out a wide range of military tasks (reconnaissance, for example) or as a replacement for a pack animal – to transport cargo of one or another value. In particular, Big Dog was developed by Boston Dynamics for the Pentagon and used by the US military. The robot is able to carry equipment weighing 150 kg.

The timeframe for introducing new four-legged robots from the FPI experts has not yet been published. American robots Boston Dynamics new model will be released in mass production next year. This is a four-legged robot dog SpotMini. More recently, developers “let” a new robot along the crowded street of Hanover – the “dog” made a small successful walk along the sidewalk and the roadway. And from 2019 it will become possible to purchase SpotMini.

To date, a vivid example of successful robotics projects are the developments of Boston Dynamics. This company was established in 1992. In 2013, Boston Dynamics was purchased by Google Inc. Since last year, the company belongs to the Japanese world investor SoftBank. Boston Dynamics products are widely used for military and research purposes and are distinguished by the introduction of the latest technologies.