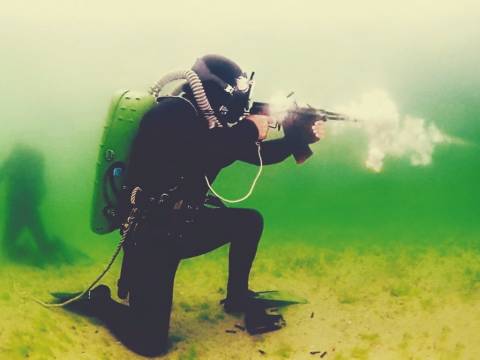 Command of special operations forces (CPSR) of Russia will receive dvuhsvetny breathing apparatus for operations at high altitude and under water.

Developer rebreather YES 21Мк2Д were made by Saint-Petersburg state marine technical University (Spbgmtu) and the Ryazan higher airborne command school (RVVDKU). The device is a breathing apparatus of the closed cycle and prevents the release of exhaled gas into the environment. The weight of the rebreather is about 10 kilograms, it is designed to work for four hours at temperatures from -2 to 30 degrees Celsius.

The operation of the apparatus based on the conversion of carbon dioxide with the help of special capsules with calcium hydroxide. In the course of work the latter absorbs carbon dioxide, after which the purified air is enriched with oxygen and is again supplied to the respiratory mask. The rebreather will allow the soldiers to breathe in landing up to the altitude of ten kilometers and when submerged to a depth of 20 meters. They do not need to switch the supply of breathing gas.