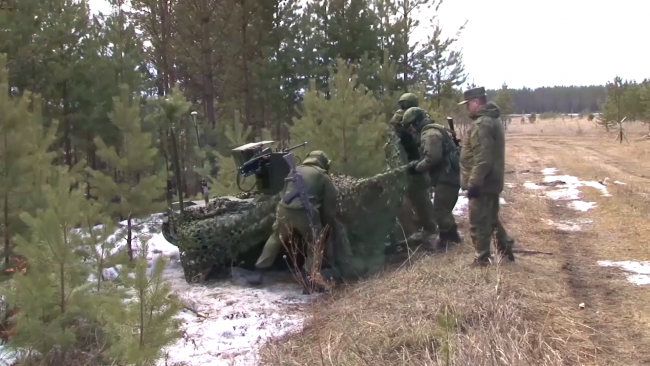 Stationary and moving objects of the strategic Missile forces need reliable protection that employees may not always provide, so the experts of the United instrument Corporation has developed a new security robots that can effectively perform such tasks.

Robots, security guards equipped with small arms and grenade launcher systems, so that they can at the command of the officer of the strategic missile forces to fire in any direction at targets within 400 meters. The exercise, held at the site kozelskiy missile compound.

“As part of testing the system has proven its reliability: conditional saboteurs failed sneak to protected objects. SRK with a wide range of opto-electronic devices will be on combat duty at the starting position of missile regiments silo-based”, — reported in a press release from the military.

The robotic system is able to direct the gun and fire in automatic and semi-automatic mode. He is equipped with optical-electronic and radar equipment, allowing to conduct exploration.